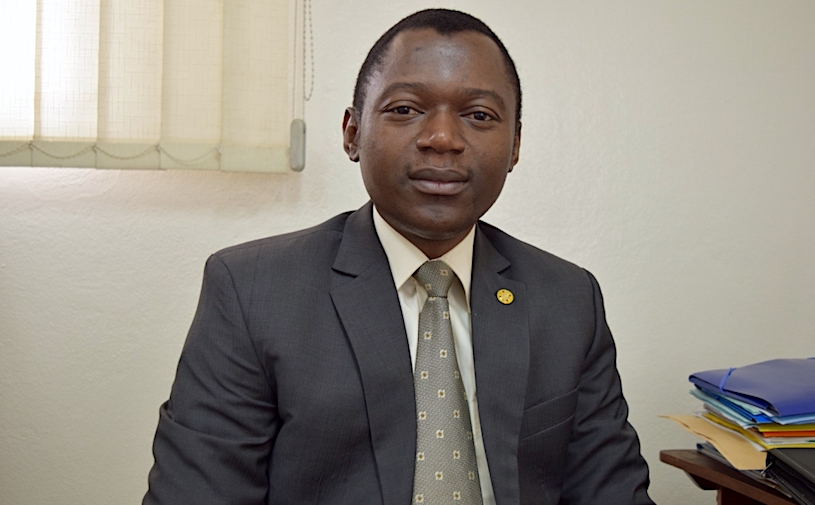 Rodrigue NGONZO, Chairman of the Board of Directors of Forêts et Développement Rural (FODER), explains the process that led to the development and certification of the SNOIE and what the scope of this certification for IM activities in the forestry sector in Cameroon and the Congo Basin are.

Why and how did you think of developing the Standardized External Independent Monitoring System (SNOIE) in accordance with the requirements of ISO 9001 standards?

We thought of setting up a standardized external independent monitoring system (SNOIE) at the beginning of 2014, after observing the difficulties encountered by the civil society and the communities in carrying out independent monitoring (IM). This IM in particular, had very little credibility and was strongly opposed by the relevant authorities, particularly the administration, the Ministry of Forests, and also by private sector companies who complained, among other things, that they did not understand how IM is done by civil society.

All these forest sector actors felt that they did not know the procedures that civil society independent monitors follow in their activities. They also complained that they did not understand the objectives of this IM and doubted the neutrality of organisations responsible for IM. It was therefore important to reassure the administration of the good faith of IM and the private sector as far as their neutrality and independence are concerned. Since the quality of denunciations resulting from IM was called to question, we therefore decided to scrutinise all the existing standards so as to guarantee the quality and credibility of work carried out by IM.By scrutinising, we realised that there are norms and standards for certification, but none for IM. By going through all the standards and norms, we found the ISO 9001: 2008 standard that was in effect at the time as the one to which IM could be more logically aligned to. This is because the ISO 9001: 2008 standard is a general quality standard that applies to all processes including companies and various systems without precision or particularity, but could be adapted to match its requirements.By following ISO 9001 requirements, which is the international standard for quality management, monitoring was re-organised. This involved listening, identifying and mapping processes, documenting as well as monitoring process. All this work has been done with forest sector stakeholders and donors including the FAO and the European Union (EU). We have come a long way from certification to system design, leading to validation and deployment.

The SNOIE is today certified to the ISO 9001:2015, what are the opportunities offered by this certification for external independent monitoring in the Congo Basin in particular and the world forest sector in general?

Some benefits provided by the certification are: assurance of credibility on the results delivered by the standardized external independent monitoring system; internal quality control of the works and processes that are implemented; performance on the independent monitoring procedures; and also an assurance for a period of three years that the system will be monitored both from within and outside by qualified auditors: internal auditors who have been trained and certified for this, as well as external auditors approved or accredited by certification bodies to verify annually that the system continues to meet the requirements of the standard.

The certificate awarded to SNOIE is not limited to any particular type of IM. This certificate covers all independent monitoring processes of the management of natural resources and the environment. This means that any organisation other than FODER and organisations currently associated with the standardized system may benefit from this certificate by aligning their independent monitoring practices to the requirements of the SNOIE which are no more than the quality management requirements of the ISO 9001: 2015.This certificate does not have a specific geographical area, meaning it is open to other countries because it does not certify a particular organisation or origin, it certifies a set of processes, system that can be replicated everywhere, and that can be developed anywhere in the world and applied to the management of natural resources as well as beyond other processes. I would like to express my appreciation to the funders for their support to FODER during the two long years of development of the SNOIE; thank you for the technical and financial support towards the implementation of this system that still goes on today.

What are the prospects now that the SNOIE is certified?

We wish to extend this standardized IM approach by expanding its scope not only to other sectors as it is already the case in the mining sector, but also broadening it geographically, by covering all forest regions of Cameroon and extending to other countries experiencing budgetary constraints to design and implement a standardized IM system.Of great advantage today is that the SNOIE has already been designed and developed, the certificate has been obtained, and it is much easier to deploy and replicate in another country and in another context using the same procedures, applying the same processes as well as using the same unique certificate. It is therefore, a big advantage in terms of cost efficiency and development of setting up such a system in another country. A great benefit in terms of implementation time, which is two years, could be reduced to a year or less than six months in developing resources and skills.