12 September 2019
936 Views
Comments are off for this post
Managing for Development Results, News 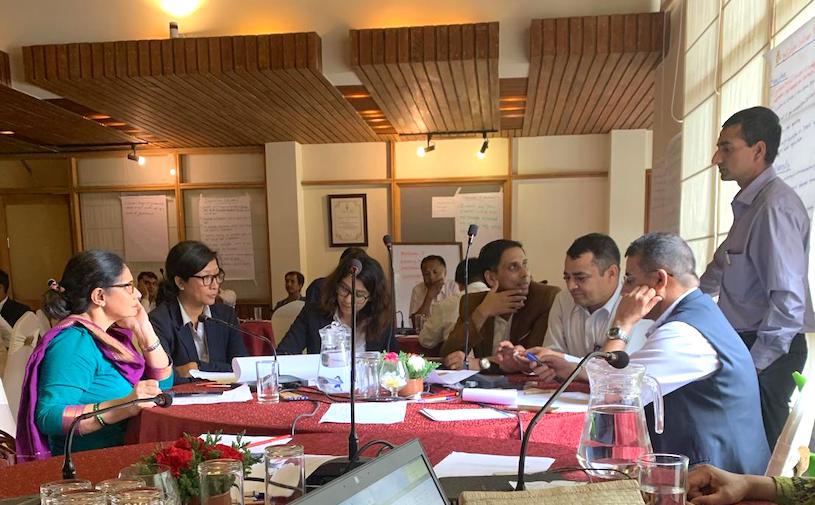 On 4th August 2019, CIDT’s Des Mahony facilitated a stakeholder consultation on behalf of the NDC Partnership focused on identifying activities and projects to support key national climate and development goals. Thirty-six senior cross-sector government officials participated in this milestone in Nepal’s process towards achieving its Nationally Determined Contributions (NDC) to reducing the impact of global warming, as per the UN Paris Agreement.

Nepal is situated in a key region for global climate change. In his recent and powerful Ted Talk, Environmentalist and former Prime Minister of Bhutan Tshering Tobgay tells how melting glaciers could devastate Himalayan countries, causing flooding and drought issues for one fifth of the global population, with further economic, political and environmental implictions for the entire planet. He calls for regional and international rather than local action to protect the world’s ‘Third Pole’ and states that:

“Time is running out, we must act together now.”

Working with the NDC Partnership, the Government of Nepal (GoN) had already highlighted key areas of support, for example technological enhancements to agriculture and forestry, promotion of low carbon technologies and the collection of climate change data, as well as building capacity at all levels to integrate climate change into governmental policies and plans.

This stakeholder workshop refined priorities further through group work, which focused the delegates on a results-based approach. The CIDT facilitator introduced the ‘results chain’ and emphasised the need for objectives to be expressed in results-based language. This is important for measuring progress as well as communicating transparently to citizens and donors what is being proposed. 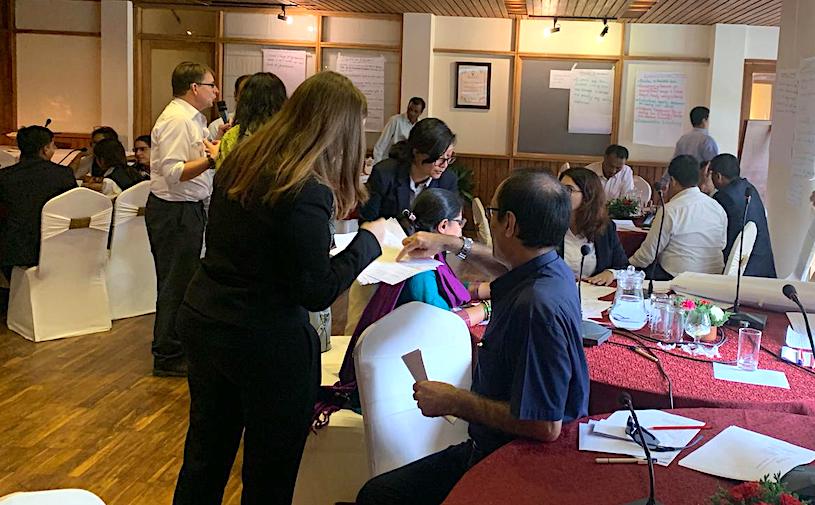 In order to develop a preliminary results-based framework, participants were tasked to detail outcomes, outputs and key performance indicators. Six key outcome areas were defined around:

The workshop succeeded in capturing the thinking and the priorities of the GoN staff who attended the day in order to represent government priorities. The framework will be used as an input to discussions with potential partner funders to consider how they target climate finance support to Nepal.

“The Nepal Government is steadily marching ahead in tackling climate emergency. It was great to see the enthusiasm of the national stakeholders, international partners, and the Minister himself in so passionately articulating climate priorities of the country.”

You can find out more about the process that countries undertake with the NDC Partnership in their Country Engagement Tool, an online platform that was developed for the Partnership Support Unit by CIDT.