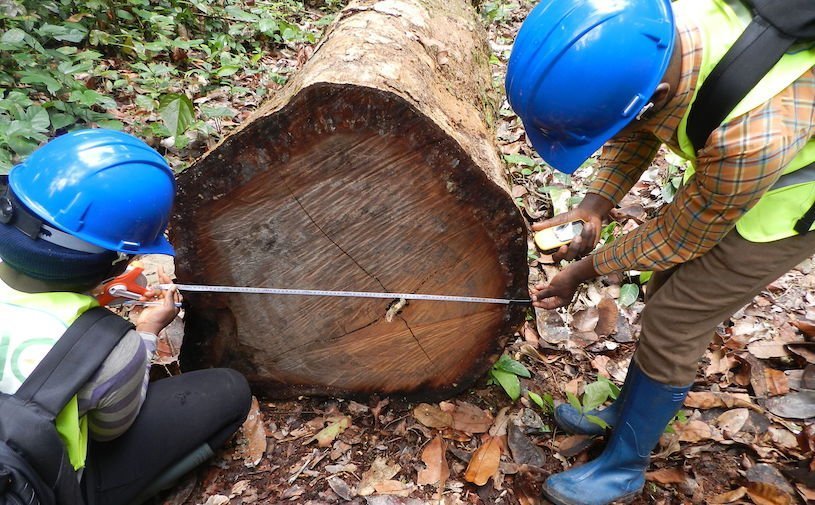 The logging companies ‘Société Bois Africains du Cameroun (SBAC)’ and ‘Société Forestière de Bouraka (SFB)’ have been suspended from logging activities since 7 November 2019 by the Ministry of Forestry and Wildlife (MINFOF), Cameroon. These two companies hold the following respective forest concessions: UFA 10050 located around villages Massea, Nkoulkoua and Londjap, in the District of Somalomo, Department of Upper Nyong, Eastern Region-Cameroon; and the UFA 08006 , located in Yoko, in the Mbam and Kim Department, Central Region. According to Decision [1] 1367/D/MINFOF/CAB of 7 November 2019 suspending exploitation activities of a state forest, the SBAC was found guilty of exploitation beyond the limits of the forest concession and non-compliance with technical operating standards. Decision 1289/D/MINFOF/CAB of 31 October 2019 suspending the activities in a forest state, the SFB was convicted for exploitation beyond the limits of the base delimited cut (AAC 3-2).

By suspending these two companies MINFOF backs up the facts noted in denunciation reports produced by the ‘FForêts et Développement Rural (FODER)’ [ 2] and ‘Ecosystème et Développement (ECODEV)’. The whistleblowing reports produced under the procedures of the ‘Standard Independent External Observation System (SNOIE)’, were sent to MINFOF in July 2019 (case of the SBAC [3]) and August 2019 (case of the SFB [4]). In the SBAC report [5], FODER had identified, during its monitoring mission conducted from 15 to 18 May 2019, evidence that incriminated this unauthorised logging company in forests of national domain to the neighbourhoods of Nkoulkoua and Londjap villages with non-respect of logging technical standards. As for the SFB, based on the facts documented during its mission from 24 to 28 April 2019, ECODEV highlighted that the company was carrying out unauthorised logging activities in a forest of the national domain. FODER’s monitoring mission was triggered after the decryption of 38 alerts collected and forwarded by a community member on the Forestlink platform [6].

These denunciations undoubtedly led to MINFOF’s subsequent control missions, which enabled the forestry administration to suspend the two companies and open litigation against them. However, it should be noted that the suspension of the SBAC and the SFB is “conservatory” and “it will not be lifted until after the final settlement of the open dispute”, specifies MINFOF. Nevertheless, it should be noted that in addition to stopping illegal logging activities, the two suspended companies will also see their forest products gained from exploitation seized. According to FODER’s reports, the species most exploited by the SBAC in the context of these illegal logging activities are among others: Kossipo (Entandrophragma candollei), Anigra (Aningeria altissima), Ayous (Triplochyton scleroxylon), Padouk, Ekop beli, Okan (Cylicodiscus gabonensis), Fraqué, Movingui. For the SFB illegally harvested woods cover 9 different species namely: Ayous (Triplochyton scleroxylon), Iroko (Milicia excelsa), Sapelli (Entandrophragma cylindricum), Tali (Erythropleum ivorense), White Doussie (Afzelia pachyloba), Red Padouk (Pterocarpus soyauxii), Anigre (Aningeria altissima), Ilomba (Pycnanthus angolensis), Lotofa / Nkanang (Sterculia rhinopetala).

The denunciation missions undertaken by ECODEV and FODER were respectively conducted with the financial support of the projects: “Citizen Voices for Change: Forest Monitoring in the Congo Basin (CV4C Project)” and the Project “Integrating Community Monitoring in real time to sustain livelihoods and forests in West and Central Africa “(Project RTM2).

[6] ForestLink is an innovative system created to enable communities, wherever they are, to record and transmit in real time to relevant stakeholders geo-referenced information on allegedly illegal activities in forests from areas without a telephone network or internet connection. (https://fr.rainforestfoundationuk.org/str).