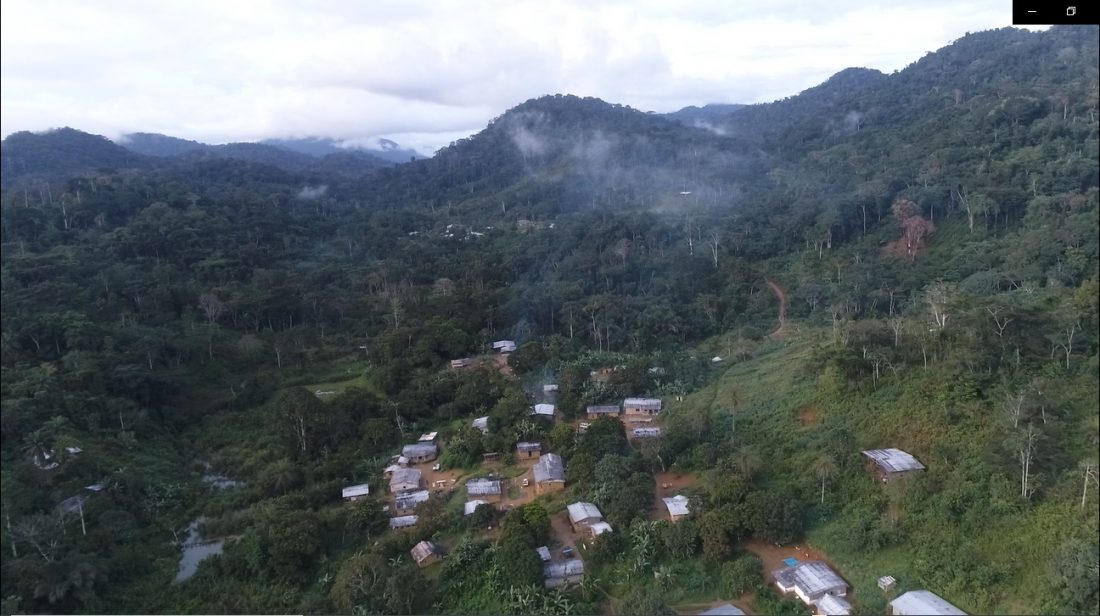 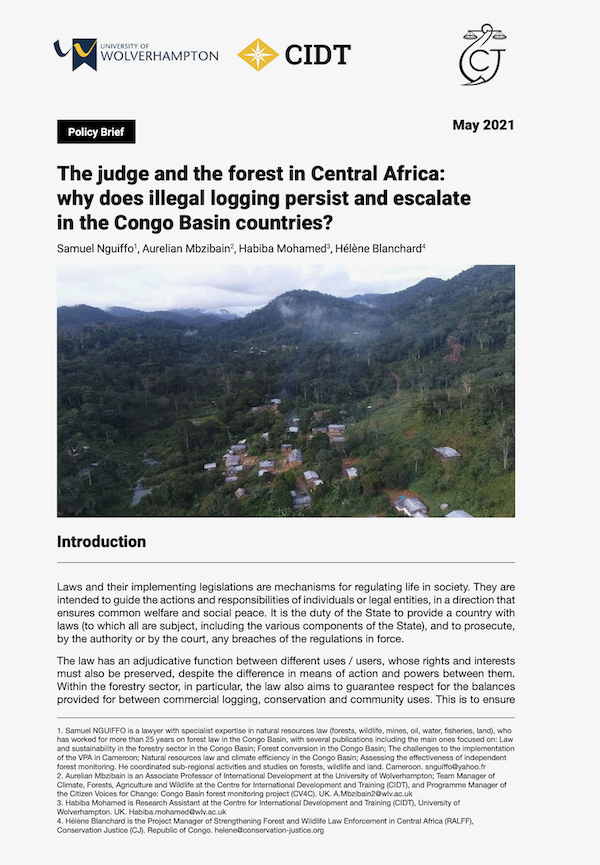 “Within the forestry sector, the law aims to guarantee respect for the balance provided for between commercial logging, conservation and community uses”, declares Samuel Nguiffo, a lawyer with specialist expertise in natural resources law.  According to Mr Nguiffo, forestry law seeks to ensure sustainability from economic, ecological and social dimensions. Despite the existence of many laws and regulations, illegal logging persists in all the countries of the Congo Basin. It is estimated that between 50% and 90% of timber produced in the Congo Basin countries could be illegally harvested.

In a new policy brief entitled “The judge and the forest in Central Africa: why does illegal logging persist and escalate in the Congo Basin countries?”, Mr Nguiffo presents an analysis of the forest laws and penal code of four Central African countries: Cameroon, Gabon, Central African Republic and the Republic of Congo based on a more extensive study in the four countries. The study was commissioned jointly by CIDT, under the Forest Governance, Markets and Climate Programme (FGMC) Programme, funded by the Foreign, Commonwealth & Development Office (FCDO) and the project Strengthening Forest and Wildlife Law Enforcement in Central Africa (RALFF), funded by the European Union and implemented by non-government organisation Conservation Justice (CJ).

“The objective of this study was to understand the reasons for the persistent impunity of forest law offenders in specific countries, due to the recurrence of illegal logging activities”, says Dr Aurelian Mbzibain, Team Leader of Climate, Forests, Agriculture and Wildlife at the Centre for International Development and Training (CIDT).

“The main question we wanted to explore with this study is whether the infractions observed in the forestry sector are the result of failures in law enforcement or a weakness in the law itself.”

The study found that the increase in logging activities seem to be explained by the peculiarities of the repressive system in the forest sector, which has ensured immunity of violators of the legislation: weakness of regulatory standards, which does not include all infringements or penalties to cover all the obligations imposed on loggers, in principle, as well as the marginalisation of the judge in managing litigations.