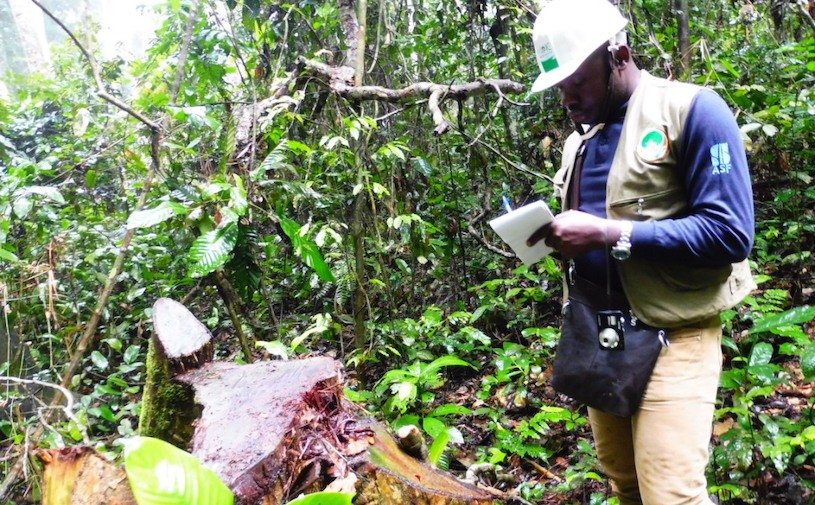 From June to August 2019, six missions to verify allegations of illegal logging activities were carried out in the eastern and southern regions in Cameroon. Reports of these missions produced were submitted to the Ministry of Forests and Wildlife (MINFOF). During the missions, alleged violations were identified by Civil Society Organisations, members of the ISO 9001: 2015 Standardised System of Independent External Observation (SNOIE). These include:

In order to document these alleged infractions, monitoring missions were carried out using the SNOIE system by organisations such as: the ‘Livestock Support and Preservation Project Biodiversity on the periphery of Protected Areas in Cameroon (PAPEL)’, ‘Forests and Rural Development (FODER)’ and ‘Center for Local Alternative Development (CeDLA)’. The resources needed to carry out the said missions were mobilised in the framework of the CV4C project, implemented with the financial support of the Union and the project “Integrating community monitoring in real time to sustain livelihoods and forests in West and Central Africa” ​​(RTM2).

During the investigations carried out in the villages, suspected offenders were identified during these three OIE missions:

Of the five missions to verify allegations of illegal logging activities, two were able to trigger reactions from the Ministry of Forests and Wildlife (MINFOF) that resulted in the completion of forest control missions and the launch of a public auction of illegally cut and seized timber. The foreclosures of the seized species were respectively CFAF 4,280,225 and CFAF 805,075.

[1] Amougou Amougou Jules had already been the subject of a formal notice according to the forest offenses register issued by the MINFOF of March 13, 2018, in the case of another denunciation for unauthorised exploitation in the national domain forest in Bissiang, district of Loukoudje, Department of Ocean in the South region. The denunciation was made in January 2017 by CeDLA (https://oiecameroun.org/index.php/sommier-des-infractions).