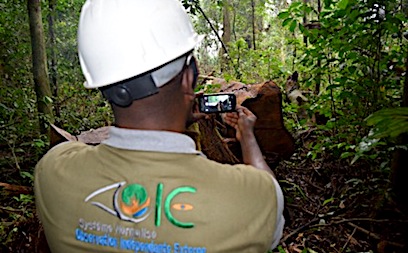 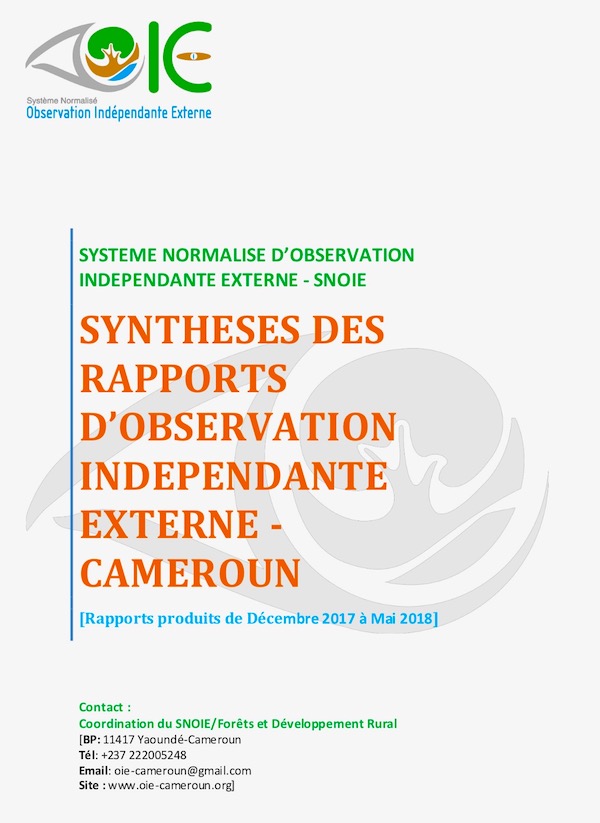 From December 2017 to May 2018, Cameroonian civil society organisations, who are members of the Coordination of the Standardised External Independent Monitoring System (SNOIE), conducted a total of five External Independent Monitoring missions, aimed at reporting alleged cases of illegal logging in the national forest domain, as well as those covered by legally assigned titles.

The resources required to carry out these missions were raised within the framework of ‘Citizen Voices for Change: Congo Basin Monitoring Project (CV4C)’, implemented with the financial support of the European Union (EU) and other project partners.

During this six-month period, reports were produced by the following organisations: Forêts et Développement Rural (FODER), Support Programme for Livestock Production and Conservation of Biodiversity in Protected Areas of Cameroon (PAPEL) and the Centre for Alternative Local Development (CeDLA). During these investigations, several offenses were reported:

The summary of these IM reports produced via the SNOIE procedures can be downloaded here. (French only)