21 December 2016
2067 Views
Comments are off for this post
Managing for Development Results, News 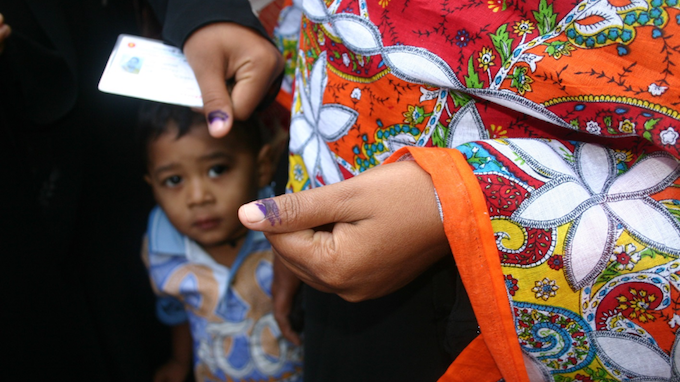 Above: With the aim of furthering democratic values and principles, the Secretariat supports Commonwealth member states to conduct fair, credible and inclusive elections, among other core areas of work.

CIDT has just completed an evaluation of the Commonwealth Secretariat’s Strategic Plan (SP), which covers the period of 2013/14 to 2016/17.

This independent evaluation assessed internal processes to develop the SP and align the organisation to it, the relevance of the Plan to Commonwealth member countries’ needs, and effectiveness and results of the Secretariat’s key projects and programmes.  It examined questions such as the following:

This SP was a key component of the Secretariat’s ongoing efforts to strengthen RBM within the organisation. Over the last decade, they have: introduced an RBM Framework; enhanced internal ME&R systems, tools and templates; and conducted extensive training and orientation of all levels of staff. CIDT had contributed to these efforts under a separate contract, involving the development of an online training programme on RBM (yet to be launched).

The following methods were used to conduct this evaluation: extensive document review; consultations with Secretariat staff in London; virtual interviews with key stakeholders at global and regional levels as well as in various Member countries; and field visits to the Seychelles (in Africa) and Vanuatu (from the Asia and Pacific region). In total, 109 people were interviewed via 73 sessions, which were a combination of one-one-one Semi-Structured Interviews (SSIs) and small Focus Group Discussions (FGDs).

In Seychelles, the Secretariat has been responding to country requests to assist with electoral management, by participating in election observations and providing experts to advise on the electoral reform process; human rights, by strengthening the National Human Rights Commission; rule of law/justice work, by placing judges and a Court Administration Adviser in the Supreme Court; trade, by providing Trade Advisors to enable the country’s  accession to the World Trade Organization (WTO) as well as a long-term expert in the office of Intellectual Property; debt management, by building capacity to use the Secretariat’s signature debt management software; and in oceans and natural resources management, by furthering the Blue Economy initiative.

In Vanuatu, most of the Secretariat’s priority programmatic areas are supported, with close linkages between the work done in rule of law, elections and political reform. It places a Master of the Court and judges in the Supreme Court, who have helped to reduce the backlog of cases and set high standards for justice and independence of the judiciary. Following the conviction of Members of Parliament for corruption by the Supreme Court, the Secretariat supported Parliamentary elections and constitutional reform efforts and is currently assisting with the public awareness campaign for the upcoming referendum. The Secretariat has also contributed to oceans and natural resources management and is exploring a partnership with the Government of Vanuatu in climate financing.

The final report of the SP Evaluation included recommendations from both strategic and operational perspectives, with the aim of informing development of the next Strategic Plan for 2017/18 to 2021/22.