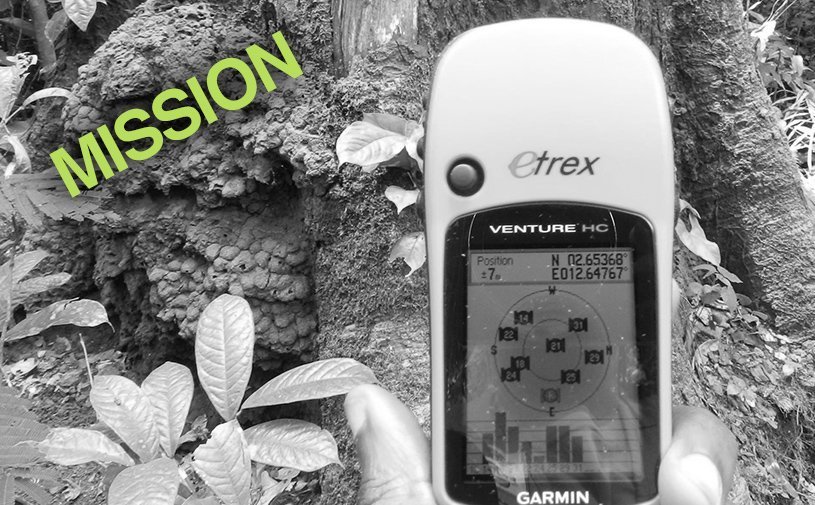 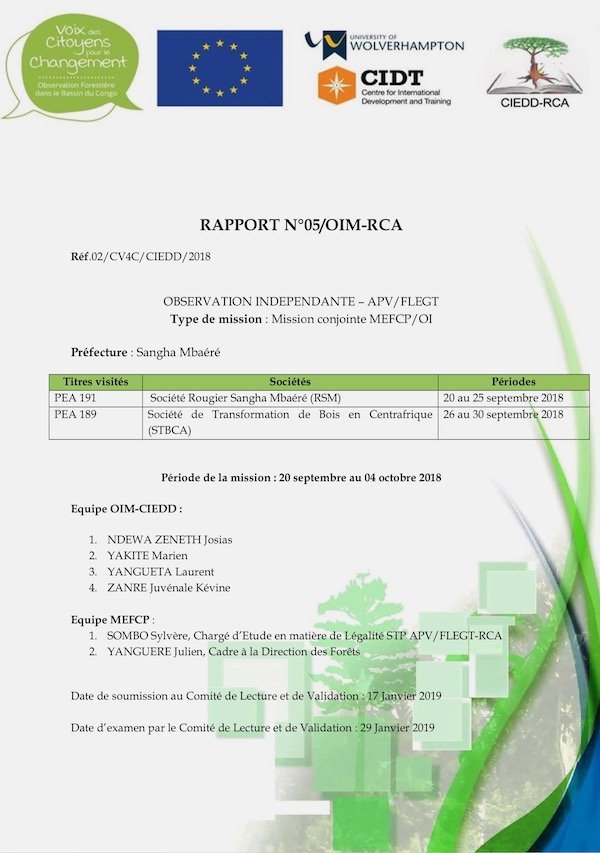 In order to combat illegal logging and the associated timber trade, the Central African Republic has been engaged since 2009 in the negotiation of the VPA with the European Union.

Independent monitoring of forest activities is an instrument through which CSOs can contribute to strengthening the governance of the system in the implementation of the Agreement.

The civil society, represented by the Sustainable Management of Natural Resources and the Environment (GDRNE) platform, developed a strategy document for Independent Observation in 2012 with the technical and financial support of the project OI-RCA, alongside an action plan whose key activity was the training of independent monitors.

In 2016 the Platform, alongside the NGO CIEDD, launched the implementation of these activities through the project OI-RCA2. This led to the signing on 22 March 2017 of a first memorandum of understanding for the implementation of mandated independent monitoring and the formation of a multi-stakeholder committee for reading and validation. Three field missions were completed (May 2017, October 2017 and December 2017).

Continuing this good work, the CV4C project has supported a further mission (May 2018) whose reports are all published.

We are pleased to now report on the fifth monitoring mission, which was carried out from 20 September to 4 October 2018, in the prefecture of Sangha Mabaéré, sub-prefecture of Nola, in the Exploitation and Development Permits (PEA) n° 191 of the Rougier Sangha Company. Mbaéré (RSM) and No. 189 of the ‘Société de Transformation de Bois in Central African Republic (STBCA)’ under mission order No. 199 / MEFCP / DIRCAP / STP issued by the Ministry in charge of Forests.

The Reading and Validation Committee met on 29 January 2019 and approved this fifth mission report produced by the independent observers as part of the implementation of the CV4C project.

We have the honor to circulate here this report in accordance with the provisions of the Memorandum of Understanding in Article 15.