Reflection on gender mainstreaming in the workplace 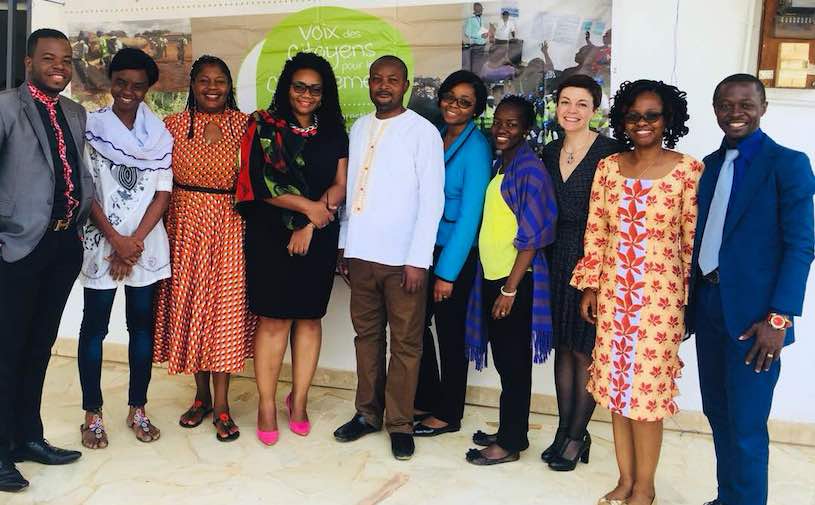 Based on equality and equity, the term “gender” refers to the socially assigned roles and responsibilities and opportunities associated with women and men, as well as the hidden power structures that govern relations between them. In the context of forest governance, it is recognised that the gender perspective is not integrated in the development, planning or implementation of policies, strategies and implementation processes. Capacity building on gender mainstreaming within organisations is a need that CV4C project partners have expressed.

A workshop was organised at the sub-regional level with the aim of strengthening capacities of the gender focal points on the development of the related organisational strategy. To this end, participants: revised and evaluated the results of the national gender trainings provided to CV4C partners and stakeholders in 2017; exchanged on the key elements of the role of focal point within the partner organisations and tried to reach terms of reference to make explicit these elements within these organisations.

Within CED, a gender policy has existed since 1997 and has been updated along with the evolving context. To this end, reflections were made on the possibility of applying the gender approach in everyday work. Participants showed great interest in the fight against discrimination in the workplace. Concerns focused specifically on how to mainstream gender in the implementation of activities and how to break stereotypes. Rich exchanges were put under the theme of “gender” and not “danger” for men.

The CV4C project pays great attention to the effective participation of women in forest governance. The four-year project, which began in 2017, aims to strengthen the contribution of Non State Actors (Civil Society Organisations, Indigenous Peoples and Local Communities) to improving forest governance and sustainable forest management in 5 countries of the Congo Basin: Cameroon, Gabon, Central African Republic, Congo, the Democratic Republic of Congo. Funded by the European Union and coordinated CIDT< University of Wolverhampton, the project is implemented in Cameroon by CED, FLAG and FODER.