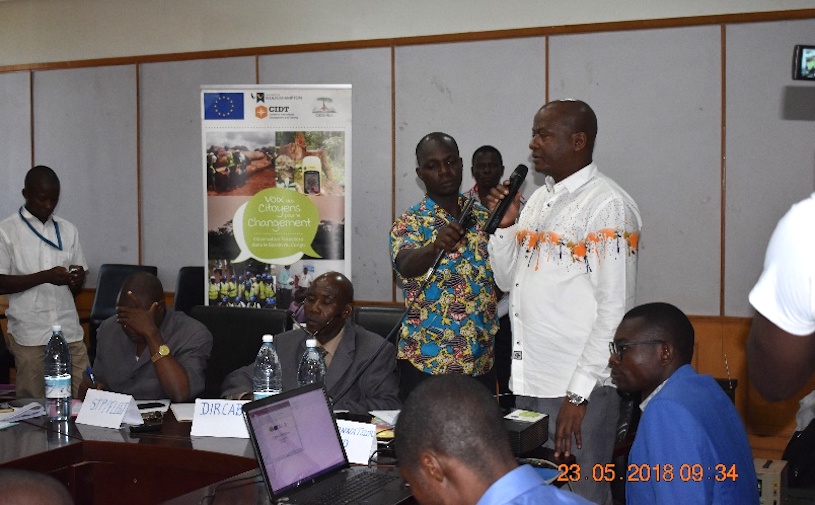 A presentation workshop of the first Mandated Independent Monitoring (MIM) experiment in CAR as well as an orientation of the Reading and Validation Committee (RVC) Mission Reports was held on May 23rd 2018 at the Stadium in Bangui, as part of the implementation of the sub-regional project ‘Citizen Voices for Change: Congo Basin Forest Monitoring (CV4C)’.This workshop was chaired by Mr. KAÏMBA Barthélemy, Head of Mission at the ministry of Hunting and Fisheries, acting as personal representative of the Director of Cabinet at the Ministry in charge of forest. The objective of this workshop was to give a new direction to the functioning of the RVC by presenting the first MIM experiment in CAR and to draw new Guidelines that will allow this mechanism to effectively carry out its function.

The workshop was attended by all representatives of forest governance stakeholders in CAR. A total of thirty-two participants took part in this workshop and four (4) presentations were made during this event.

They are as follows:

The above were followed by discussions and recommendations.

The opening ceremony of the workshop included two speeches, one from the CIEDD Coordinator, Mr. Jean Jacques U. MATHAMALE and the other from the Head of Mission at the ministry of Hunting and Fisheries. In his speech, the CIEDD Coordinator recalled the brief history of Independent Monitoring in CAR, based on the development of the National Independent Monitoring Strategy Paper, the training of the 12 Independent Monitors, and the funding obtained from FAO, which made the operationalisation of the IM possible. In addition, the establishment of the WG-IM and the RVC, the two mechanisms responsible for working on the report before publication were put in place by a ministerial decree. All of these elements made it possible to carry out three missions, during which published reports were analysedto facilitate exchanges.

It should be noted that analysis of these reports revealed weaknesses in the functioning of the RVC, the WG-IM and the non-follow-up of recommendations made in mission reports that were validated by the RVC. In conclusion, it must be noted that there were mixed overall results of these activities, reason why the CV4C project took over to correct weaknesses resulting from exchanges with stakeholders.

Speaking  in  turn,  the  Head of  Mission at  the  Ministry  of  Hunting and Fisheries ,  acting as representative  of  the  Director  of Cabinet at the Ministry in charge of forest, in  his  speech highlighted  the  objectives by presenting the guidelines of the RVC, which were developed by the civil society for stakeholders before seeking their views on these guidelines. He also congratulated the CSOs members of the GDRNE platform in general and the CIEDD in particular for their collaboration with the administration in charge of forest and the efforts made to contribute towards the improvement of forest governance in CAR.

The workshop was suspended after the two speeches and only resumed after a group photograph.

Upon resumption, a workshop office was set up and consisted the following:

After reading the programme of the workshop, a methodology to move all presentations ahead of discussions and recommendations was adopted. The first speaker then had the opportunity to make his presentation on:

Opportunities for questions and contributions were made available.

After  these  questions,  the  Chairman gave  the  floor  to  the  CIEDD  coordinator Mr. Jean Jacques U. MATHAMALE to respond to concerns raised by participants.

After the coordinator’s responses, the chair of the meeting gave the opportunity to Mr. NDEWA Josias to also provide responses to some questions.

According to Mr. NDEWA Josias, the weakness we are talking about concerns all the actors involved, namely the administration and civil society. Each of them has made no effort to follow-up on the recommendations of the MIM mission reports.

After analysis and exchange on the document, participants unanimously made the following recommendations:

The highlights in pictures 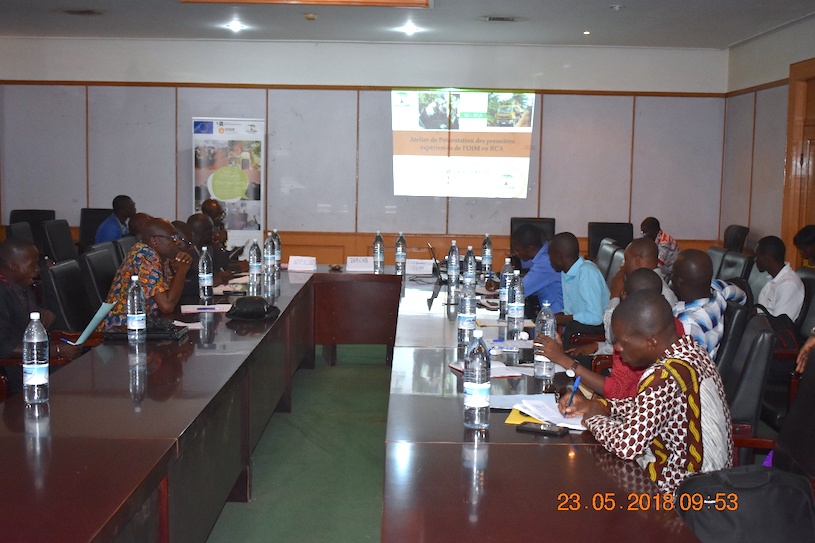 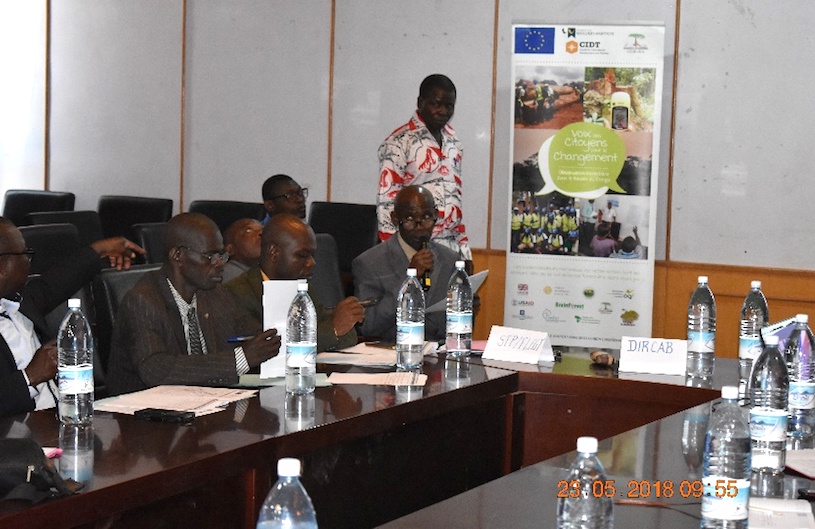 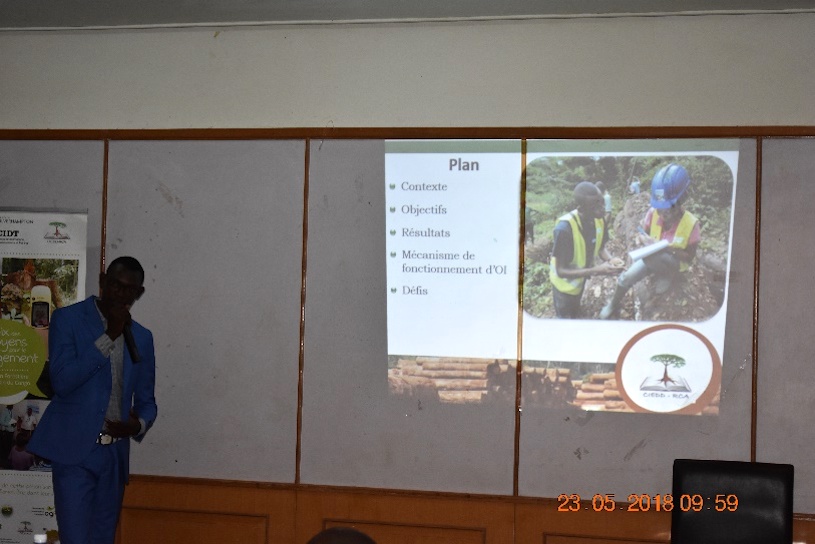 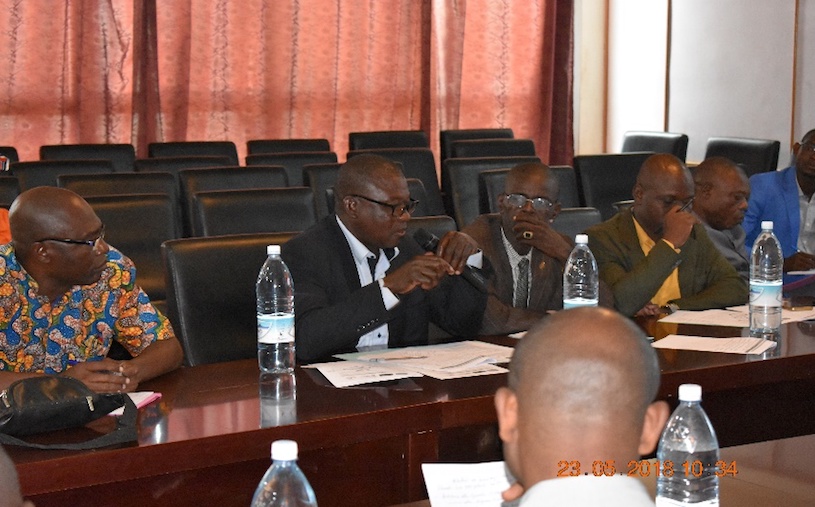 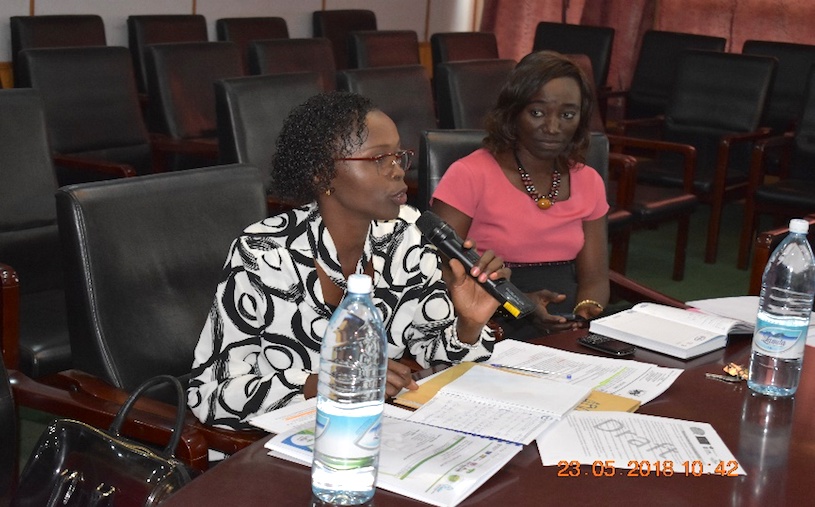 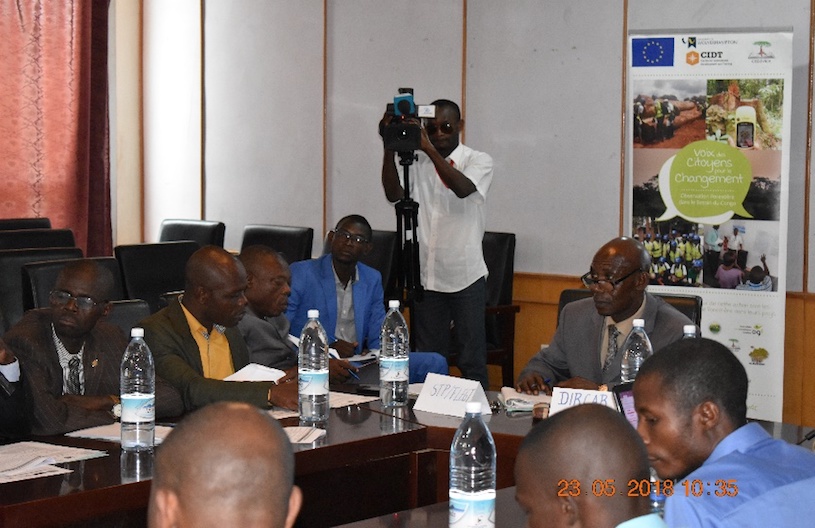 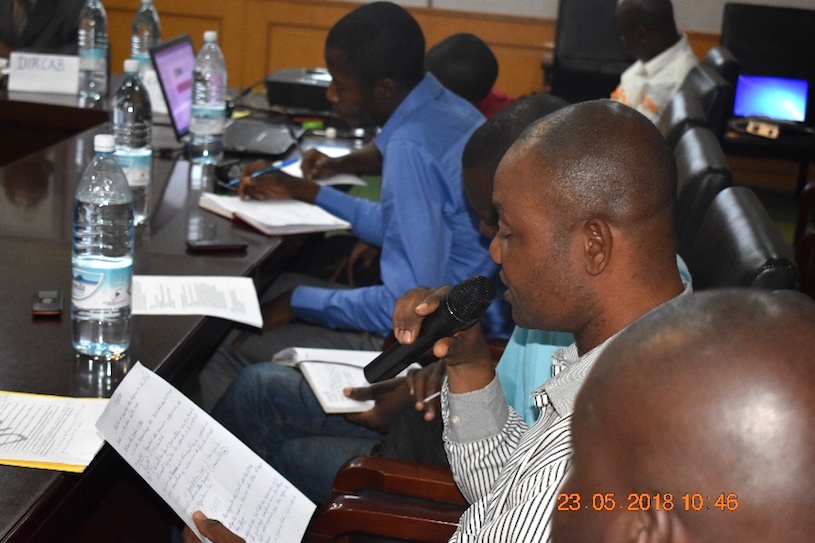 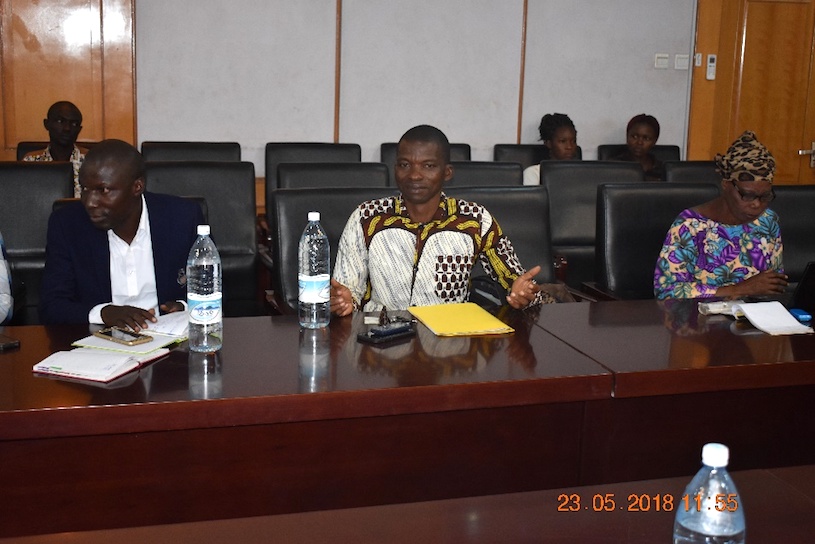 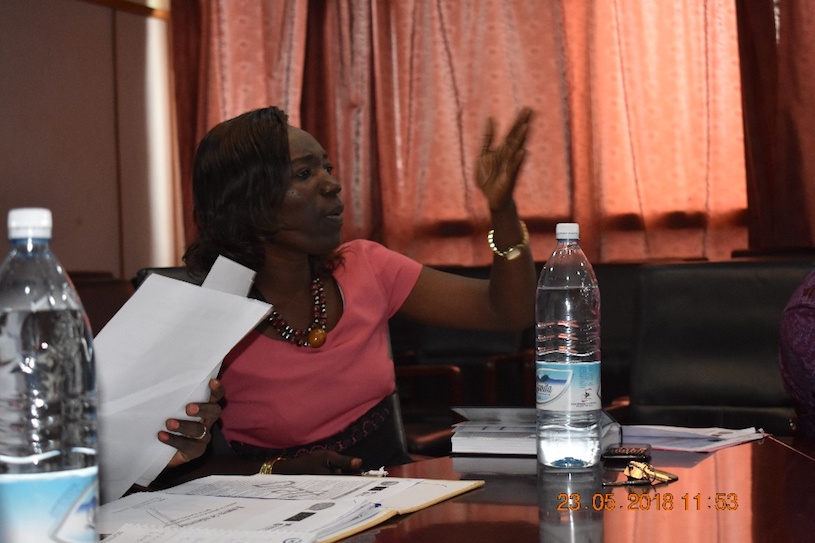