25 February 2019
1522 Views
Comments are off for this post
Forest Governance, News 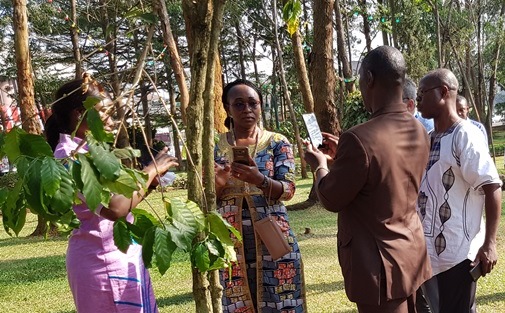 Over the last 50 years, tropical forested countries in West Africa have lost most of their forest area due to changes in land use and unsustainable logging. Despite many efforts by stakeholders, uncontrolled illegal logging and land conversion has led to deforestation levels, which have doubled or even tripled in Central and West Africa in the last five years. However thanks to real-time satellite forest monitoring in another part of the world – Brazil –  deforestation levels have reduced by 80% compared to 2004.

This evidence and the needs expressed by national partners and stakeholders led CIDT to the exploration of satellite-based tools for forest monitoring and the development of the FLEGT Watch platform with technical partners Visio-Terra.

“This tool will make it possible to monitor the conversion of forests into landscapes, protected areas and targeted agro-food concessions.” Project Manager Serge Riazanoff, Visio Terra

Flegt Watch is an automated satellite monitoring and mapping system for environmental and resource management which will provide  users with  real-time information on land cover, forest cover, changes detected, fires, and hydrology. This platform provides new data less than 3 hours after satellite observation, in the form of visual and geo-referenced alerts, received on tablets and smartphones.

This platform will be accessible to a wide variety of actors including Civil Society Organisations, Independent Forest Watchers, research networks, government agencies, citizens such as farmers among others. The platform was presented to stakeholders in December 2018 in Yaoundé, Cameroon. After several end-user training sessions in Central and West Africa, FLEGT Watch will be deployed and will enter its operational phase.

The platform will be implemented by VisioTerra France, University of Wolverhampton, Centre for International Development and Training (CIDT) and Tropenbos International TBI Netherlands. It is funded by the European Union through Citizens Voices for Change project in the Congo Basin, and the Capacity building of non-state actors to improve FLEGT-VPA and REDD + processes in West Africa.