How to achieve gender parity and youth empowerment in the African Continent? The African Union calls on CIDT.

17 August 2018
2032 Views
Comments are off for this post
Gender Equality and Social Inclusion, News 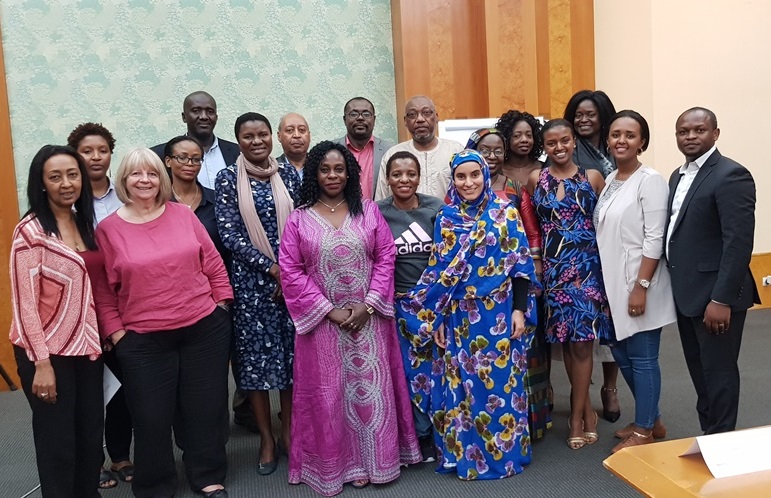 The African Union (AU) is concerned about the limited representation of women, and youth in the African Union Commission (AUC) and its organs. The AUC is committed to reflect the continent’s diversity, in terms of gender, youth as well as geography. In spite of attempts to increase gender equality, many of the highest positions across the continent are likely to be held by men, and women commonly face barriers to leadership, which are both structural and internal. Moreover, different but pervasive barriers face early career men and women such that the number of employees falls well below the African demographic, which has 65% of the total population of the continent as being below 35 years of age.

The AU is positioning itself to become a global player and is undergoing institutional reform in order to deliver Agenda 2063. To achieve this goal, the organisation understands the need to invest into growing its women and youth as well as the main male workforce, into globally competitive leaders. For this reason the AU passed a resolution in January 2018 to endorse its decisions on both women’s’ quotas and youth quotas and funding

In order to sustainably achieve gender parity and 35% of youth in all its organs by 2025, the African Union requested the expertise of the University of Wolverhampton’s Centre for International Development (CIDT) to facilitate a four day strategic planning workshop at King Fahd Palace hotel, Dakar Senegal from the 04-07 July, 2018. Dr Fareed, Deputy Chief of Staff -Bureau of the Deputy Chairperson, representing the Deputy Chairperson, H.E Thomas Kwesi Quartey who was unavoidably absent. In his opening remarks, Dr Fareed highlighted the importance of gender and youth in the AU’s agenda. He stressed the fact that the AUC was committed to build an institution of excellence capable of attracting the best of both genders and young persons. In support of the opening words of Dr Fareed, the Director of Women and Gender, Mahawa Kaba Wheeler and the Head of Human Resources & Youth Division Mrs. Ngwenya Prudence Nonkululeko enjoined the high level group of participants to put their experience to practice in developing realistic plans that would allow the commission to achieve its objectives.

CIDT facilitators led by Mrs Mary Surridge and Dr Aurelian Mbzibain over the four days applied a wide range of tools and approaches which led to the achievement of workshops objective to design a strategic and operational plan to implement Project Parity 2025 and the Youth Empowerment and Financing targets for 2025. All 18 participants demonstrated commitment and engagement through out the process which was critical for the success of the event.

A brief closing and certificate award ceremony was facilitated by Mrs Genet Shewangizaw and chaired by H.E Ambassador Blaise Banoum on the 7th of July 2017. Two closing remarks were made by the Director of Gender and Youth followed by words of appreciation by Mrs Genet to her team for the support in delivering the workshop. H.E Banoum officially closed the workshop with words of thanks to the organising team, leadership of the AUC, participants and facilitators. He wished everyone well and safe return to all involved. The certificate award ceremony followed and was crowned by a group photo at the end.

The CIDT wishes to acknowledge the Learning and Development (L&D) team at the African Union Commission (AUC), which initiated the workshop and supported the facilitators to ensure that the facilitation addressed the expressed needs of the commission – particularly, Mariatta Allieu, Genet Shewangizaw and Fatma Yusuf. We are extremely grateful for the contributions made by the Director of the Women, Gender and Development Division, the Head of Youth Division, the Heads of Department of Finance and HR as well High Officials from the office of the Chairperson who greatly enriched the proceedings by their presence and contributions. We hope that the operational plans developed will provide the guidelines required to make progress towards the AU’s gender parity as well as youth development targets by 2025.

Some further scenes at the workshop: