15 February 2018
1646 Views
Comments are off for this post
Gender Equality and Social Inclusion, News 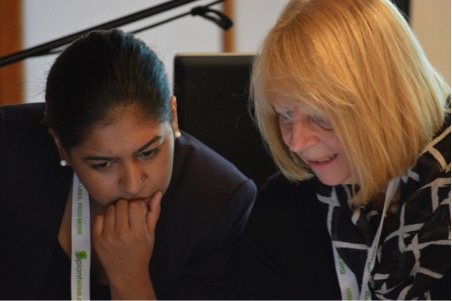 In our role as External Evaluator to the five-year Camfed Girls’ Education Challenge – Transition (GEC-T) project, the CIDT team have completed a data collection phase with over 48,000 students, as well as their primary carers and other stakeholders.

The Camfed Girls’ Education Challenge – Transition (GEC-T) project is being implemented in Zimbabwe, Tanzania and Zambia. The project takes a gender transformative approach, directly and indirectly challenging gendered social norms and discrimination enabling a critical mass of marginalised girls to transition to, progress through and succeed at secondary school. Moreover it will create a bridge for girls to transition from school to future employment.

CIDT is contracted to design and manage the large-scale qualitative and quantitative (mixed method) baseline, midline and end-line evaluations in each project country. We have completed the baseline data collection, which includes school-based surveys with students, teachers and headteachers, as well as a separate household survey, which targets the heads of household and primary care givers of identified marginalised girls. The total student sample size is 48,160, plus primary carers and other stakeholders. Qualitative interviews and focus group discussion were also held in each country, with project stakeholders and beneficiaries, including secondary school girls and boys, school-based stakeholders, community groups, traditional leaders, school-based committees and young women involved in the project.

The project has the potential for great impact. Whilst the contexts differ in the three countries, the critical challenges that girls face, such as gender discrimination, poverty and location, are similar and often result in multifaceted barriers to girls’ access to and achievement in education. In rural areas gender roles are well defined and women are expected to perform unpaid domestic labour rather than work for an income, which limits their independence. Girls are more likely to be impoverished, denied education, malnourished, used as unpaid domestic labour and in danger of physical violence. Girls are particularly vulnerable during transitions from one stage of education to the next and from school into adulthood.

Following this successful data collection phase, CIDT consultants (pictured above) Mary Surridge (Project Director/Principal Investigator) and Rufsana Begum (Project Manager/Lead Investigator) are currently in the process of analysing the data and writing up a baseline report.