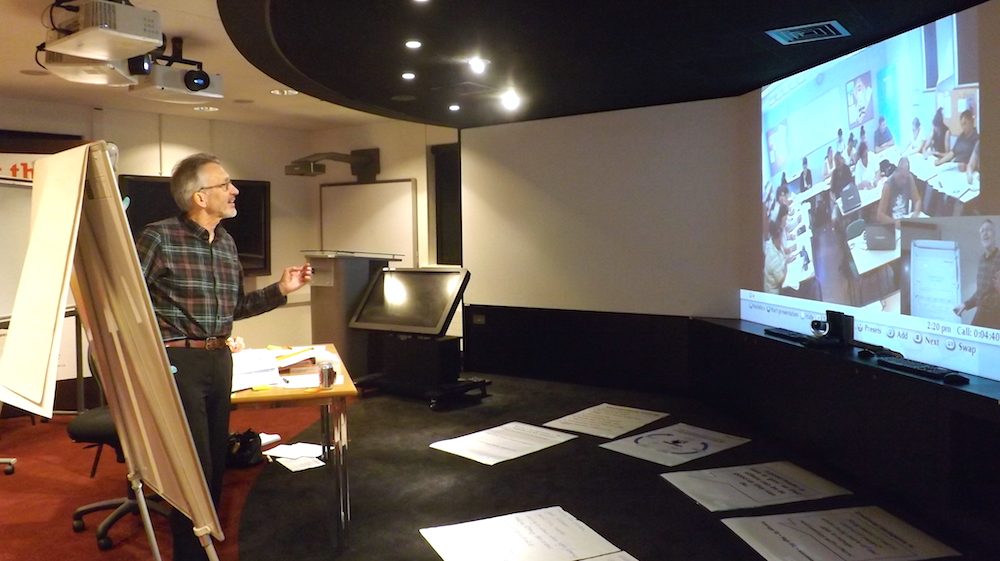 If asked what they know about the island of St Helena, most people would be forgiven for knowing very little, or having a vague recollection from history lessons of a connection with Napoleon.

The small island in the South Atlantic was indeed the place where the infamous French Emperor spent the last six years of his life in exile. Today, the quiet island still poses a challenge to reach, as it has no airport and takes around a week to travel to by boat. But in other areas things have moved on and the Internet has transformed the lives of the 3,500 inhabitants of the British colony.

However, in 2003 when the University of Wolverhampton’s Centre for International Development and Training (CIDT) first started working with the St Helena Education Department (SHED) there was still a great need for outside help, as there was no access to further or higher education on the island and the school system needed modernisation.

CIDT hopes to secure funding to take forward the second phase of the St Helena Education Sector Support Programme. The contract with the UK Government’s Department for International Development (DFID) would enable University experts to build on the success of the first phase of the project, which it managed from 2003 to 2008. The main aim was to set up and support the provision of vocational education on the island and transform the education system for primary and secondary school pupils.

The team now aims to focus again on secondary education and to build on the use of IT in teaching and learning.

Philip Dearden is the Head of CIDT. He says: “A significant focus of Phase One was improving the quality of education, particularly vocational education, in preparation for the then planned airport. As a small island with limited resources, reinvigorating the education system held many challenges. Not least was the three to seven days travel required to reach the island.”

As well as the difficulties in reaching the island, the public transport system is fairly new and described as limited. Despite the challenges, Phase One was very successful.

The CIDT team supported the St Helena Education Department in setting up a vocational education system for adults, as well as school pupils. Primary education was restructured, which included working with the teachers to adapt the UK curriculum to make it more relevant to the St Helena setting.

The number of pupils had rapidly declined in recent years, so schools were amalgamated to increase the efficiency of the teaching provided. Training was given to teachers to develop  strategies in areas such as behaviour management and classroom organisation. Information and communication technologies (ICT) were improved and distance and online programmes were introduced.

A number of young islanders receive scholarships to attend universities in the UK. Part of CIDT’s work in Phase One involved supporting the St Helenian students at UK universities to adapt to the very different environment and social context that UK universities represent.

Centre staff provided support to them throughout their studies and with career planning for their return to the island. In addition, British teachers were recruited for one or two year periods to fill the gaps in the education service and provide staff development for the island-based teachers.

Mary Surridge was CIDT’s Programme Manager for Phase One, and was delighted with the results. The success was also recognised by the UK Government, which is responsible for the small overseas territory.

She says: “The final DFID annual review of the programme was extremely positive, showing that we were completely on track for achieving project objectives.”

The proposed airport is now on hold again, but the CIDT team hope to take forward Phase Two of the education project, which would run until 2012.

This time, University staff would be working closely with Shropshire Local Education Authority (LEA), which is one of the highest performing local authorities in England.

The team has developed a package of support initiatives, which includes seconding St Helena teachers to UK schools to improve teaching  practices and developing one-to-one links with schools in Shropshire to provide peer support. Distance learning would be further developed and ‘on island’ training would be offered by experienced staff from CIDT and Shropshire LEA to build the professional and technical skills of teachers and school management.

In addition, the wider community would be invited to participate in the transformed schools by the development of a system of governance.

Philip is full of praise for the project. “We are very hopeful that we will be chosen by the Government of St Helena and DFID for the second phase of this contract.”

The St Helena project is just one of the many  diverse projects Philip’s team of 15 staff are working on at CIDT. At any one time, staff  can be in Syria, Ghana, Rwanda and China,  among other countries. The main aim of CIDT is poverty reduction by helping developing countries through consultancy and continuous professional development (CPD).

Philip believes the key to success in St Helena and other initiatives is the staff who work on the projects.

“Our staff believe passionately in what they are doing, and that is what makes us so successful.”