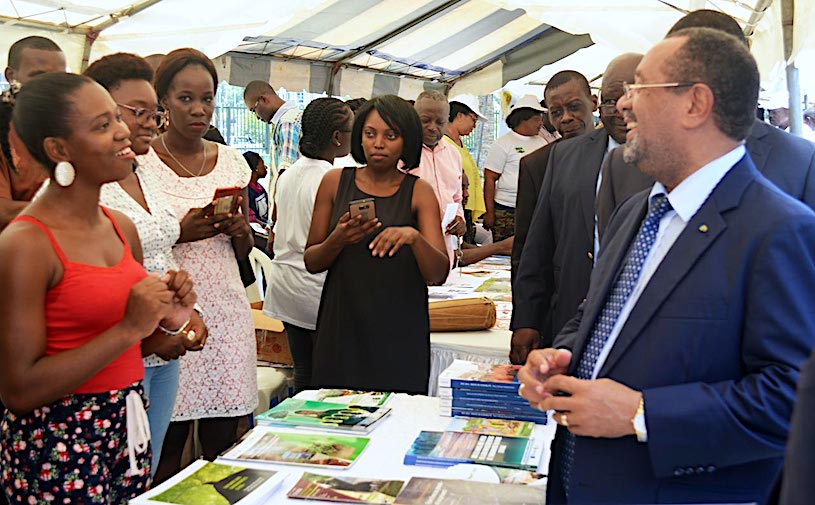 Initiated by the United Nations following the International Year of Forests in 2011, the International Day of Forests gives all stakeholders in the field an opportunity to celebrate the forests, trees and wood, whose multiple  attributes make it ‘an essential resource for sustainable development’. It is in this light that Brainforest, at the invitation of the Ministry of Forests and Environment in charge of the Climate Plan, took part in the event marking the 6th International day of forests in Gabon under the theme ‘Forests and Education’.

On 21st March 2019, the event featured conferences, debates and an open day with an exhibition for NGOs and other sector actors, all organised by the Administration in charge of forests in partnership with FAO. Further to the celebrations, there was talk to communicate the strong message of the theme ‘Forests and Education’ to students. The theme that addresses the issues of education and the need to ‘teach children, as future responsible citizens, the major role that forests play, and make them aware of the need to manage them sustainably to ensure the well-being of humanity’.

At the event, CV4C project partner Brainforest, represented by its Executive Secretary and accompanied by the CV4C project team, was received by the Minister of State, Minister of Forests and the Environment in charge of the Climate Plan, Guy-Bertrand MAPANGOU. Brainforest took the opportunity to present its activities and congratulate the Minister for his commitment to better management of forest resources. The CV4C team provided the Minister with a copy of the latest independent monitoring mission report conducted in January.

It can not be overstated that forests, as the environment where the greatest number of lifeforms and species are concentrated, have an essential ecological function, through oxygen production, purification of the air and water, soil stabilisation, CO2 sequestration and is the shelter for intensely rich biodiversity. The forest also has a crucial economic and social function. It is a source of employment, a natural habitat and source of livelihood for communities, uses in traditional pharmacopoeia and much more.