22 October 2019
776 Views
Comments are off for this post
CV4C-EN, Improving Forest Governance, News 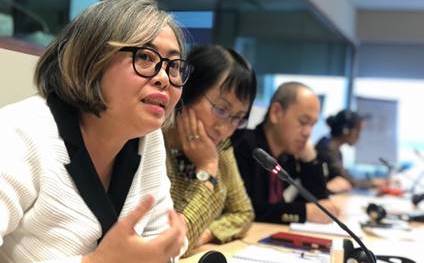 In September 2019, environmental and human rights defenders from Africa and Asia came to the EU to sound the alarm over accelerating forest loss in the Congo Basin, West Africa and the Lower Mekong regions. Their message was clear, the EU must play a key role in finding global solutions if it is serious about protecting biodiversity and greening its policies. With a European Green Deal currently under construction, it is vital that southern voices be heard, because many EU policies and practices impact them.

Fern, with help from other EU NGOs, regularly facilitates policy dialogues between Southern Civil Society Organisations (CSOs), EU government and industry stakeholders. This year provided an opportunity to discuss the formidable public momentum behind protecting forests and the climate, and to share hopes and concerns about the proposed European Green Deal and Commission Communication to protect and restore the world’s forests.

The civil society leaders urged the EU to step up efforts to fight illegal logging and to reward progress in producing countries implementing a voluntary partnership agreement (VPA). The Congo Basin could quickly become a new frontier for conversion of forests for agrobusiness, Justin Kamga from FODER warned. “In Cameroon, the government recently awarded an agriculture permit in a former logging concession without following due process. Should we keep quiet on malpractices or push for greater accountability?”

Meeting with the Commission, the European External Action Service and Members of the European Parliament, the CSOs welcomed the new momentum on forests and the proposed European Green Deal, but feared that crucial support for international forests and for civil society’s watchdog role might shrink in the new EU budget.

In Bonn, they asked the German Competent Authority to uphold the EU’s commitment to giving FLEGT licenses a green lane to the EU market; to fail to do so would send the wrong signal to producer countries that have invested time and resources in cleaning up their sector and achieving the highest legal and sustainability standards for their timber. 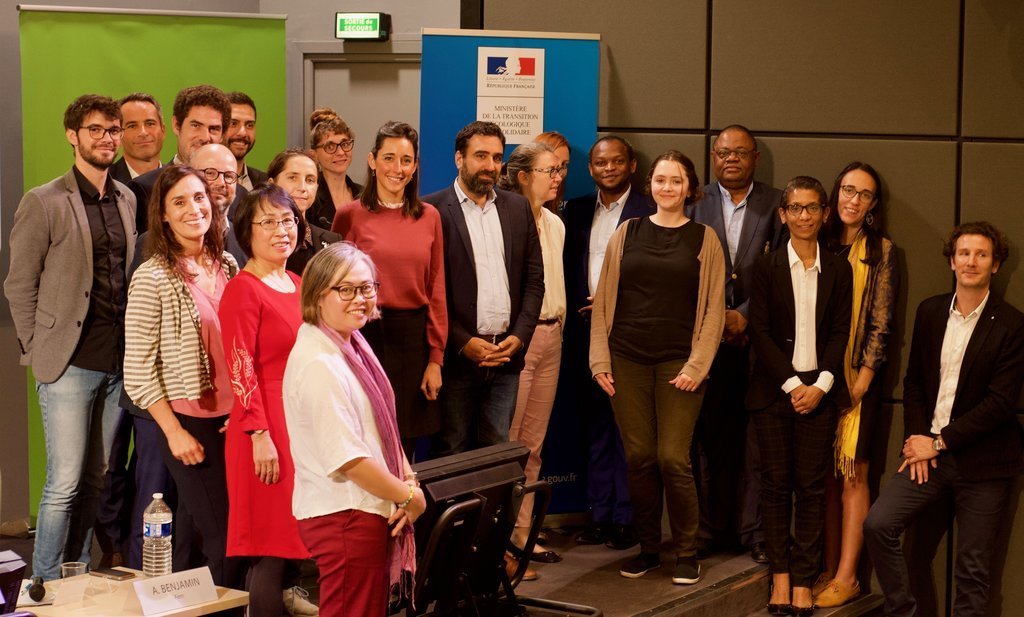 Above: Organiser and speakers at ‘NDCs and Forests: Taking Stock and Moving Ahead’, including CIDTs Aurelian Mbzibain, who introduced CIDT, our work in the Congo Basin through the CV4C project and our work with the NDC Partnership.

At an event hosted by Coordination Sud and Fern in Paris, French Secretary of State Brune Poirson called on France and the EU to stop delaying action on deforestation, if it is serious about tackling climate change. The CSO leaders stressed the importance of transparent and inclusive processes for delivering the nationally determined contributions (NDCs) and the VPAs. Hop Vu Thi Bich from Vietnam’s Centre for Sustainable Rural Development insisted, “In our countries, we cannot talk about working on the climate without improving forest governance and involving local communities.”

In the coming months, the EU will develop proposals for its European Green Deal. The participants were clear that the EU and its partner countries must include forests and local livelihoods. Adequate funding support is required to address the forest crisis linked to the growing demand for commodities and arable land. Julie Weah of Foundation for Community Initiative in Liberia said, “We need to continue to strengthen our capacities to monitor forest activities and to have access to decisionmakers in the EU, to ensure local voices and aspirations, including those of women, are heard.”

Further first-hand testimony from tropical forest communities can be found in Fern’s new report, Our Forests, Our Lives; find the Declaration of civil society organisations from forested tropical countries here.

This article first published by FERN.