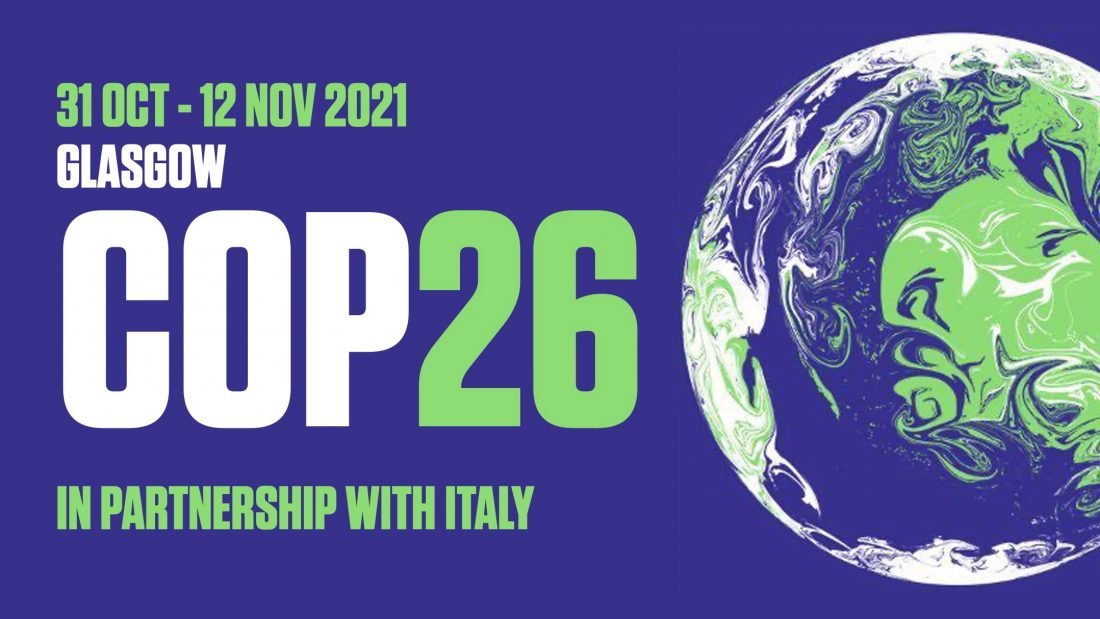 The extensive Congo Basin Forests are one of the “lungs of our planet”. They are critically important in the fight against Global Warming. By attending the COP 26 we want to help achieve a Fair Deal to save the forests of Central Africa in the Congo Basin.    The presence of CIDT and our partners at the COP 26 will help give voice to Civil Society Organisations, Local and Indigenous Peoples from the Congo Basin who are at the forefront of conserving these forests. We also want to hear the voices of the private sector, scientists, governments and show case our experiences.

In this short blog Professor Philip Dearden, the Head of the Centre for International Development and Training (CIDT) explains some of the complex background to COP 26 and outlines why CIDT is attending this important Climate Summit in Glasgow next month.

Looking back to look forward

During my undergraduate degree in Environmental Science at the University of East Anglia (UEA) I was exposed to some great thinking about global and local work see, for example, here. At that time, I was also first introduced to the whole notion of global climate change. Since then we have of course gained an appreciation of the science behind climate change. We have also seen the importance of global warming and its consequences both globally and locally.

My occasional squash and climbing partner and good friend at UEA Ben Santer went on to a distinguished career in Climate Science. In 1996 Ben completed work for the Intergovernmental Panel on Climate Change – the IPCC. He had served as convening lead author for the climate change detection and attribution chapter of the IPCC’s Second Assessment Report. Twelve simple key words captured the bottom-line finding: “The balance of evidence suggests a discernible human influence on global climate.”  These 12 words changed the way the world views the human role in the climate system. In his recent words of wisdom Ben now simply says that it is critically important that scientists “Speak science to power” as he courageously did.

Over many years I have seen international Climate Changes Conferences and Summits come and go.  There have been successes and failures.  From the inaugural, flawed international treaty in 1997 where governments first pledged to reduce greenhouse gases, global leaders have had many opportunities to take real action. Too often, these important moments have sadly simply been wasted.

The Paris Agreement is a legally binding international treaty on climate change.
– It was adopted by 196 Parties at COP 21 in Paris, on 12 December 2015 and entered into force on 4 November 2016.
– Its goal is to limit global warming to well below 2, preferably to 1.5 degrees Celsius, compared to pre-industrial levels.
– To achieve this long-term temperature goal, countries aim to reach global peaking of greenhouse gas emissions as soon as possible to achieve a climate neutral world by mid-century.
– The Paris Agreement is a landmark in the multilateral climate change process because, for the first time, a binding agreement brings all nations into a common cause to undertake ambitious efforts to combat climate change and adapt to its effects
– Activities in the forest sector that  reduces emissions from deforestation and forest degradation, as well as the sustainable management of forests and the conservation and enhancement of forest carbon stocks in developing countries, were re-iterated as an integral element of the Paris Agreement.

So what is different about COP26?

The COP 26 has been hailed as the biggest climate moment since the Paris Agreement in 2015. What’s different from what has come before – and why  is it so important?  The key difference is about raising ambition but also the focus on nature, finance, energy transition, transition to net-zero and adaptation and mitigation.  COP26 also takes on a special significance as it is the fifth summit since the Paris Agreement (see above). According to the treaty, this means countries must come with their updated Nationally Determined Contributions (NDCs). 194 countries have submitted their first NDCs as part of COP 25 and only 13 have submitted revisions according to UNFCCC, see here.  For a good look into why NDCs are important, see here.

Country NDCs are perhaps best seen as “work in progress”. They have to be updated every five years because the scientific understanding of climate change improves with each passing year. More ambitious actions are being continually drafted as time moves forward and the required political support grows.  Many countries are now in the process of devising and releasing their updated plans.  CIDT’s recent work on supporting countries with their NDCs can be read here and here.

The key goal of COP26 is for countries to agree on concrete commitment to keep a temperature rise limit of 1.5 degrees within reach – otherwise the ecological consequences for our planet could be catastrophic.

COP26 will last 12 days, running from Oct 31 to Nov 12. Some of the key conversations will be around net-zero emissions targets, policies to help vulnerable communities adapt to the consequences of the climate crisis, and how to pay for it all.

Up to 200 world leaders and an estimated 25,000 delegates are likely to attend. Many others, including many climate activists, will be in Glasgow to protest and have their voices heard. Many others around the globe will be following developments online.

What is the urgency of COP 26?

The Intergovernmental Panel on Climate Change (IPCC) has recently released a landmark report, a “code red for humanity” which confirmed that without radical reductions in carbon emissions this decade, temperature rises above 1.5 degrees would be inevitable and irreversible.

If the temperature rise exceeds 1.5 degrees extreme heat waves can be expected to happen every five years.

Sea levels can be expected to rise for the rest of the century because of irreversible change that has already happened.

Why are staff from CIDT going to COP 26?

For many years, the CIDT has been working on a number of important projects and programmes across Africa.

These projects include the current and the recent large Citizen Voices for Change: Congo Basin forest monitoring project (CV4C), the  Strengthening Forest and Wildlife Monitoring and Law Enforcement in the Congo Basin (Gabon, Cameroon, Central African Republic and Republic of Congo) and the current European Union and Foreign, Commonwealth & Development Office (FCDO) Forest Governance Markets and Climate programme funded project fighting illegal logging across the Republic of Congo. As a long standing partners of the UK government’s FGMC programme over the last decade in the Congo Basin, our efforts to protect Congo Basin Forests are yielding results on the ground as demonstrated in our recent case studies, but a lot more needs to be done to protect the second most important forest block on the planet.

On the back of our long track record we have privileged to be invited to COP 26 to show case our Congo Basin Forestry and Climate Change work in the “Blue Zone” of the Glasgow Exhibition Centre of the COP 26.

We will be working with members of Commission of Central African Forests (COMIFAC) and the Congo Basin Forest Partnership (CBFP) team.

Representation from all countries at these large international conferences has always been important. Back in 2015 CIDT were working on the FONERWA Programme in Rwanda and we were pleased to support a delegation from Rwanda to attend the successful COP 21 in Paris see where the important Paris Agreement was signed up.

What we are going to be doing there?

We want to join others to give voice to Civil Society Organisations, local and Indigenous Peoples and to hear the voices of the private sector, scientists and governments and showcase our experiences.

We want to highlight the importance of tropical forests (like those in the Congo basin) in combatting climate change and also articulate the critical role that civil society organisations, local and indigenous communities play in safeguarding these forests through the work they do in monitoring activities taking place in these forests.

In addition we want to call for action to strengthen the work of local civil society, environmental defenders and indigenous peoples at the forefront of the fighting deforestation and protection of forests.  We will do so through a panel discussion of experts drawn from African civil society leaders, experts from the European Forest Institute, FAO and Chatham House.

Trees in forests are nature’s most efficient way of taking in carbon dioxide in the atmosphere and converting it to wood and the oxygen that trees breathe out. Over many years through economic and general human development, we have catastrophically reduced the size of tropical forests thereby drastically reducing nature capacity to deal with the climate change problem. It is because of this that preserving tropical forests is one of the pillars of the Paris Agreement. However, to ensure that tropical forests are preserved the international community needs to fulfil its commitment to provide funding and support for the conservation of tropical forests.

What will constitute a success?

We want to give voice to others in order to increase the necessary funding for their important work.   Our panel discussions and future looking ambitions contribute to drive support towards local communities and indigenous peoples to protect forests, fight illegal deforestation and wildlife trafficking and consequently keep Congo Basin forests standing for the good of the planet. We want to help achieve a Fair Deal to save the important forests of Central Africa in the Congo Basin one of the key lungs of our planet.

What Is the COP? It’s an annual climate summit convened by the United Nations Framework Convention on Climate Change (UNFCCC), a climate body of the UN.

COP stands for Conference of the Parties — meaning a gathering of countries – and 2021 will be the 26th time, that it’s taken place. Hence: COP26.

View this simple and easy to understand guide to Climate Change and what we can all do.

If you want to understand more about the UK Government’s official position and ambition for COP 26.

Visit this link if you want to see who else is going to COP 26.

If you want to understand why we at the University of Wolverhampton recently signed up to “Race to Zero” see this blog post.