7 October 2014
3819 Views
Comments are off for this post
Alumni, Forest Governance, News 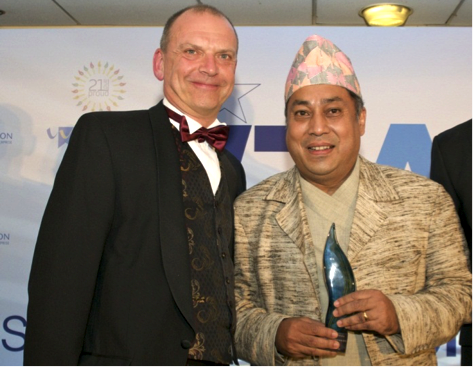 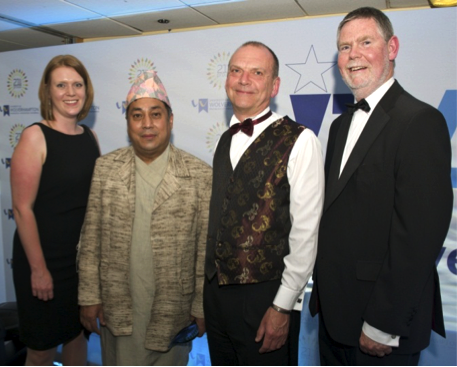 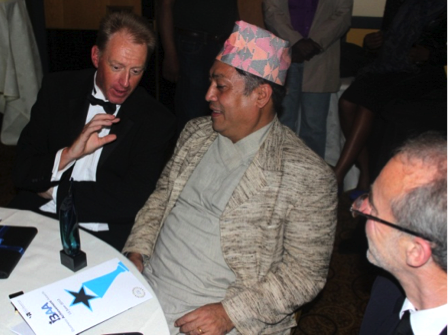 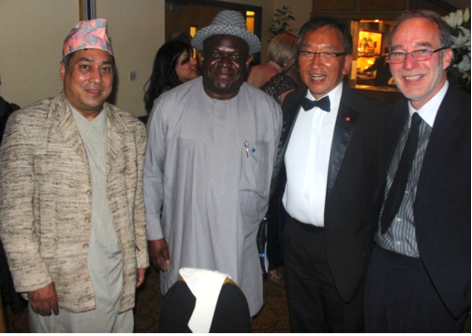 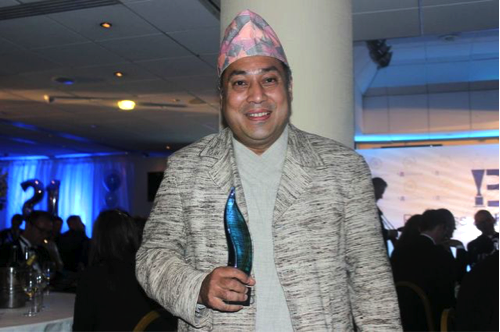 Vijay was selected for the award for the significant contributions he has made to the development of his home country, Nepal – often cited as one of the poorest countries in the world.  After graduating from the University of Wolverhampton, he worked with the University of Wolverhampton’s Centre for International Development and Training (CIDT) as Programme Manager for the Department for International Development (DFID) funded Livelihoods and Forestry Programme (LFP) in Nepal.

CIDT staff and colleagues of Vijay Shrestha on the Livelihoods Forestry Programme in Nepal celebrated the presentation of an Honorary Degree of Doctor of Social Science during a graduation ceremony on Thursday, 11 September 2014. 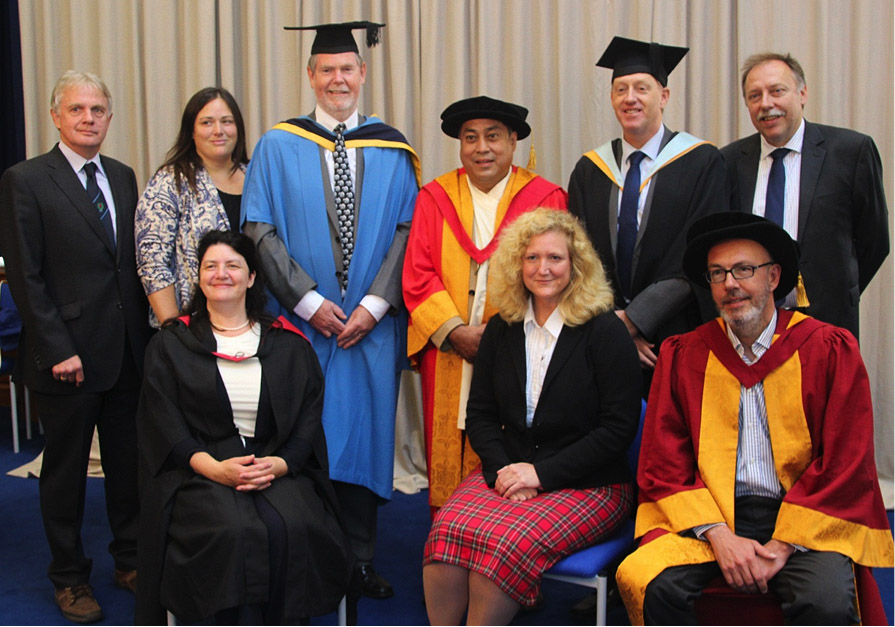 Vice-Chancellor, I have the great honour to present Vijay Shrestha  on whom the Board of Governors and the Academic Board wish to confer an Honorary Degree of Social Sciences.

Ever since I have known Vijay we have started our correspondence or conversation with the simple Nepalese greeting of Namaste.

As I’m sure many of you are aware, Namaste is used as a respectful form of greeting, acknowledging and welcoming a stranger, a relative or a guest.

Namaste is spoken with a slight bow and hands pressed together, palms touching and fingers pointing upwards, thumbs close to the chest

I would like us all to put our hands together and say a big collective Nameste to Vijay.

Vijay Shrestha is a truly remarkable person who has made a huge and unparalleled contribution to the development of his country – one of the most beautiful but poorest countries in the world – Nepal.

Vijay began his career as a Voluntary Teacher, working in three schools in his rural home town of Dhankuta in eastern Nepal

He then became an Administrative Officer, followed by an Accountant and then Office Manager for the Koshi Hills Development Programme which was a UK Aid-funded rural integrated development project in Nepal.  He was responsible for all administrative functions within the Programme – involving 16 expatriate and Nepali Consultants and over 100 local support staff.

In the words of an ex colleague “throughout this challenging work he was always very open and friendly and always had an infectious smile on this face!”

Vijay then moved to Kathmandu and worked for the Nepal-UK Community Forestry Project, a project funded by UK’s Department for International Development and the Government of Nepal where he was responsible for the efficient operation of Project Co-ordination Office. From this project Vijay moved to become the Deputy Programme Coordinator of the Livelihoods and Forestry Programme (LFP), an even larger bilateral programme between DFID UK and the Government of Nepal.

As if this was not enough of a challenge during this time Vijay enrolled on a master’s degree here in the University of Wolverhampton.

As reported in the DFID Project Completion report in 2013 this 10 year development programme successfully generated employment for over 2.8 million people (of whom 85% were poor or excluded people) and helped lift over 1.3 million people out of poverty in Nepal.

In order to achieve this Vijay worked tirelessly over the ten years of the programme leading and inspiring a team of over 130 programme staff – often through insecure times and very difficult political situations in Nepal.

He has ensured that £26 million of UK Aid (tax payer’s) money from DFID has effectively and efficiently reached the very poorest in Nepal where it has made an enormous difference.

In the words of the Head of the Department for International Development in Nepal “the internationally-recognised success of Nepal’s community forestry sector recognised globally, owes much to Vijay Shrestha”.

Vijay has truly inspired and mentored many, ensuring that the next generation of community forestry leaders are ready to take up the challenges ahead.

Over time the highly successful Livelihoods and Forestry Programme became a “DFID Flagship programme” and was visited by no less than six UK DFID Ministers from Claire Short (2003) through to Andrew Mitchell (2012).

Last year Vijay was awarded the University of Wolverhampton Alumni of the Year Award in the category of “Making the Biggest Contribution to Society”.

Vijay’s work for the poorest and excluded in Nepal is a wonderful tribute to the real values of the University of Wolverhampton.

Finally, in some contexts, Namaste is used to thank the other person for their generous kindness. In this context let me please say Nameste to Vijay’s most supportive wife Salina and his son Vishesh whom I am very sorry cannot be with us here today. Namaste Salina, Namaste Vishesh and Namaste Vijay.

Vice-Chancellor, I am very proud and deeply honoured to present Vijay Shrestha, in recognition of his significant contribution to international development, for the conferment of an Honorary Degree of Social Sciences of the University of Wolverhampton.