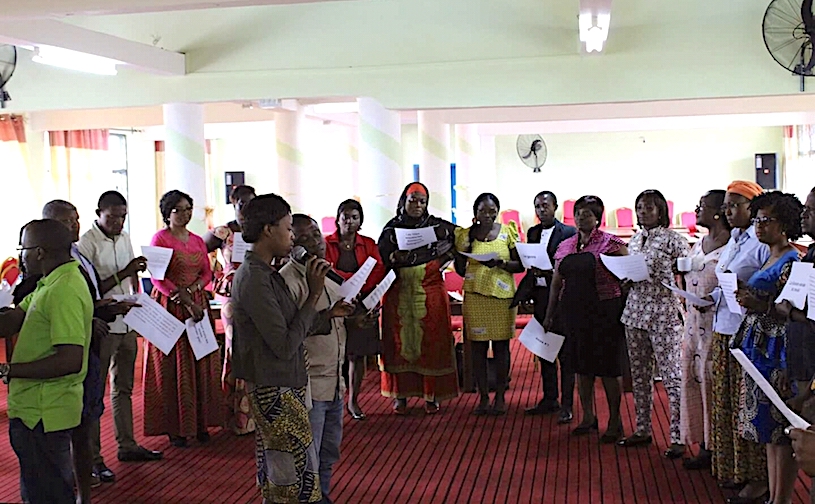 Eight Cameroonian Civil Society Organisations (FODER, CED, FLAG, ASTEVI, ASD, FCTV, CAMINSUD, CRADIF, and CAMECO) have been equipped to integrate the gender approach in various actions related to forest governance and forest monitoring activities. Staff from different departments of these organisations have all taken part in training related to gender mainstreaming in the forest governance processes. The workshop, that took place from 26–29 September 2017, was organised as part of the “Citizens Voices for Change: Congo Basin Forest Monitoring project” (CV4C). This training was facilitated by consultant Mary Nyuyinui.

During three days the participants, including seven members of Forêts et Développement Rural (FODER) team, were able to harmonise their understanding of the concept of gender. Hervé Joël Mounpen, project manager at FODER explained, “Before taking part in this training, I had no idea about gender. I have learned that gender refers to the roles, responsibilities and opportunities socially attributed to men and women, as well as to the hidden power structures that govern relations between them. Simply put, gender is all that a man can do and everything a woman can do”. 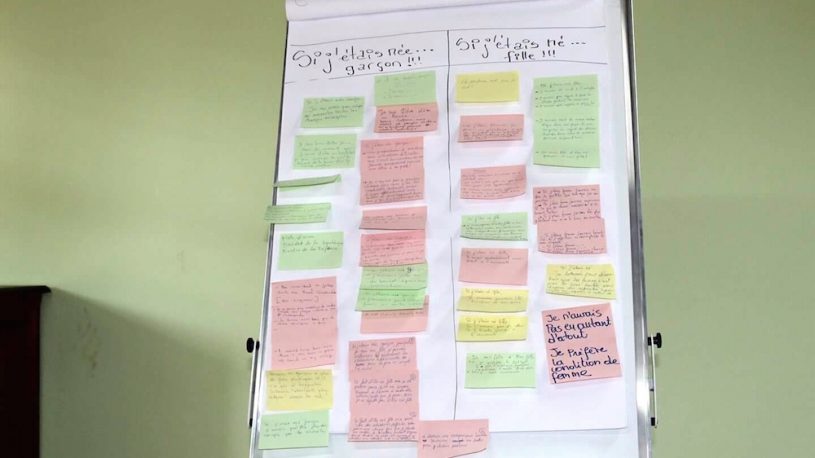 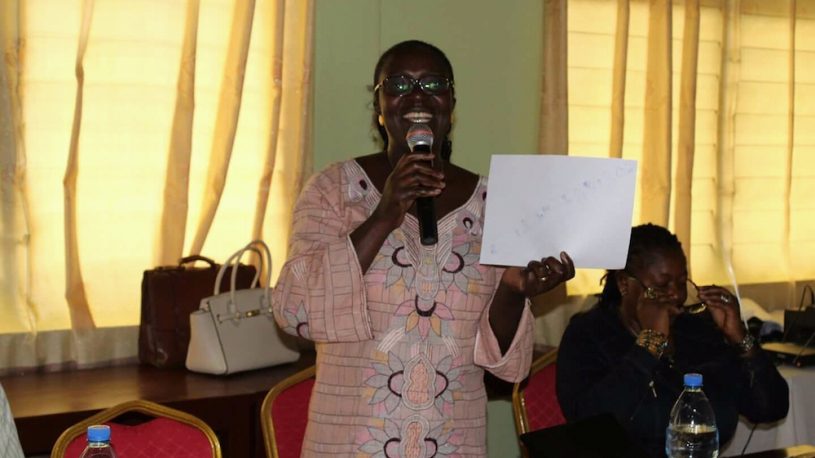 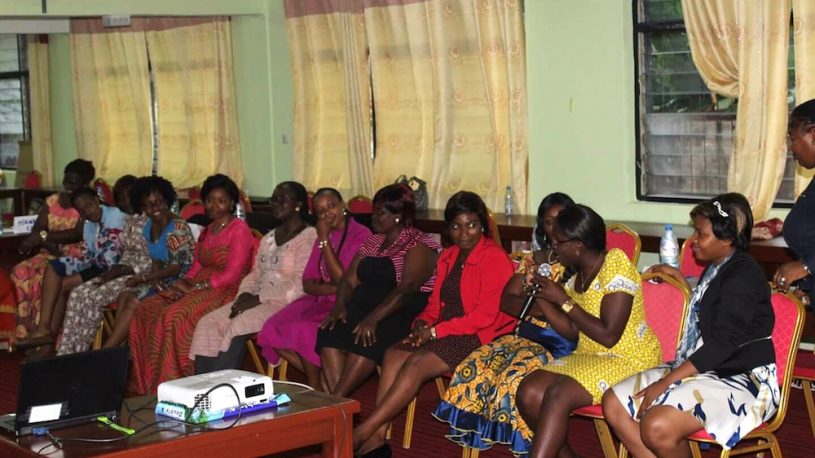 Based on the fundamental principles of the gender concept, participants were able to understand that gender related issues bridge gender inequalities. These principles call for equality, equity and empowerment, which involve transforming the unjust structures of society to make them favorable and equitable for both men and women. Empowerment is about capacity building rather than coaching, mentoring and follow-up processes.

Based on the practical exercises, the 30 participants identified possible obstacles to women’s participation in forest governance. As such, the following obstacles were identified: 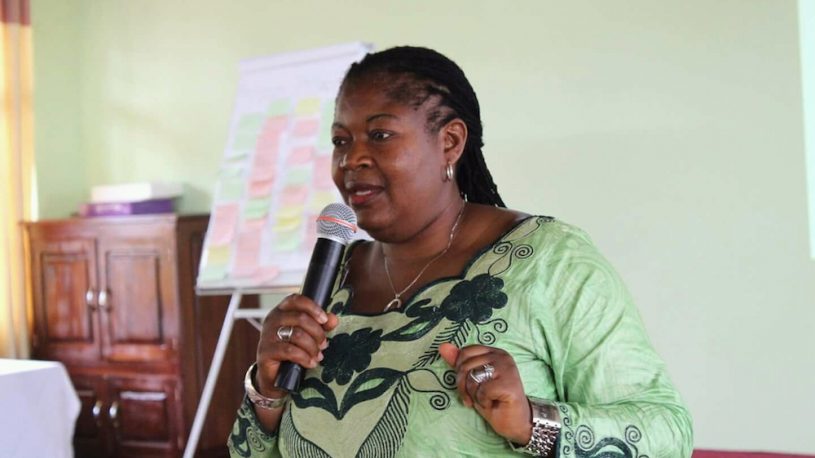 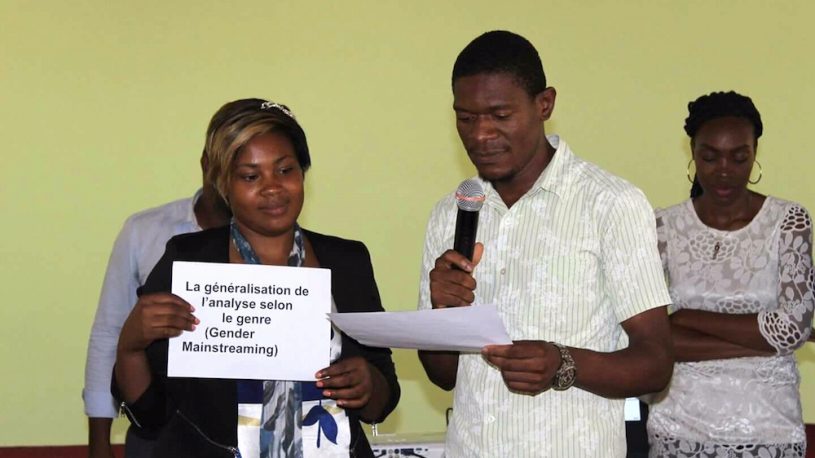 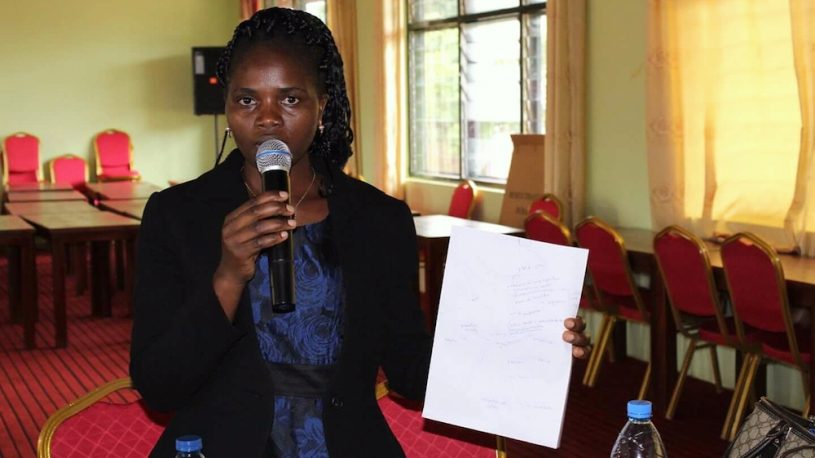 The facilitator shared gender analysis tools around these barriers which could be used to diagnose gender issues that may arise within the organisations. Gender analysis reveals links between gender relations and skills gaps that need to be solved. The expected results of this analysis are the improvement of gender equity between men and women, effective participation and the transformation of gender relations. Gender analysis in organisations should answer key questions such as, ‘who plays what role in the project?’, and ‘what is the role of gender?’

Gender analysis tools, such as the ‘triple role framework’ and ’24-hour work’ were shared with the learners. These tools make it possible to know the roles played by women and those played by men within an organisation.

At the end of the training, each participant made a commitment to put into practice the lessons learned. At FODER, ‘a gender minute’ has already been implemented during the monthly coordination meeting, which allows team members to share lessons learned with colleagues. FODER will continue the implementation with other organisations such as ASTEVI, during the 17th Coordination Meeting of External Independent Monitoring (RC-OIE). 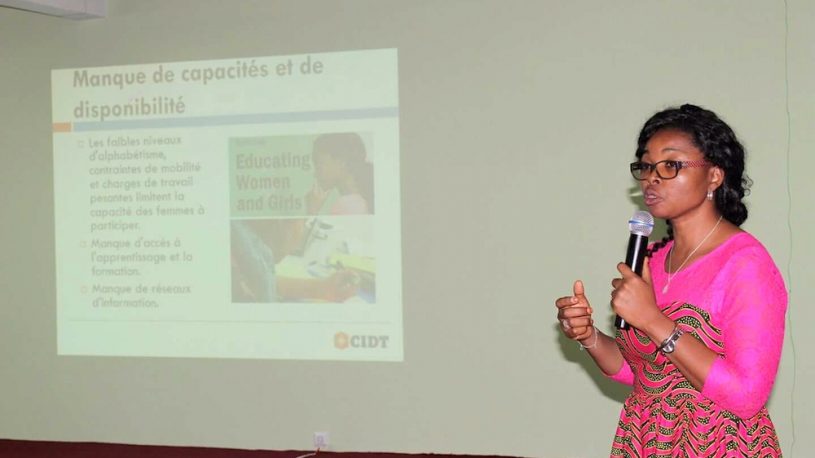 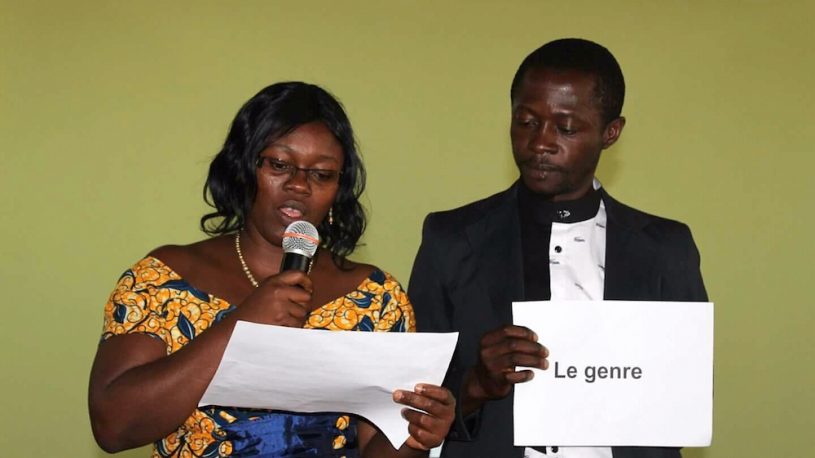 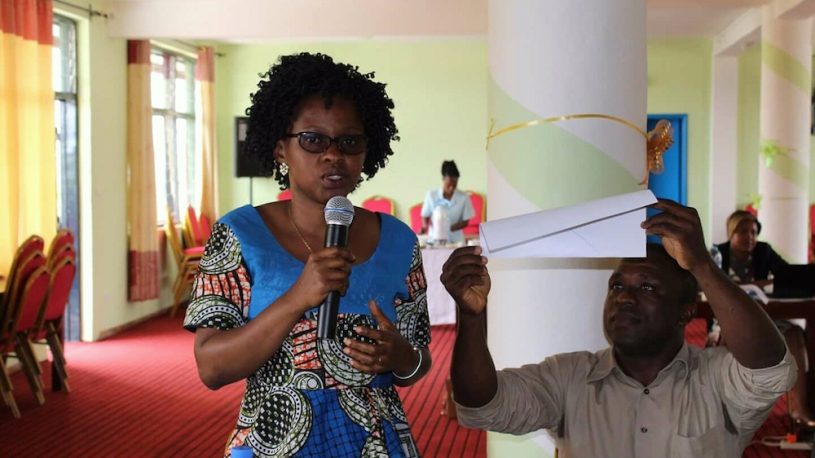 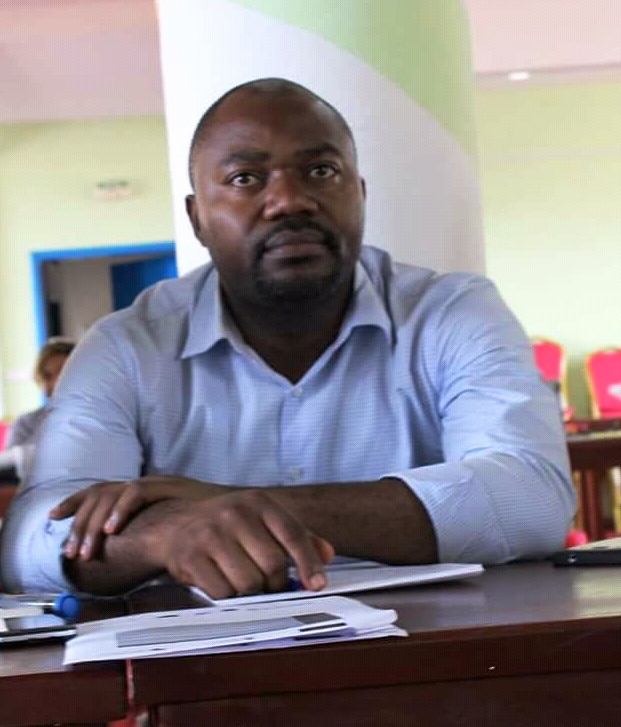 “As a result of this training on gender mainstreaming, I understand better the difference between gender in the form of equality and perceived gender in the form of equity. Moreover, the gender approach is more based on equity, thereby emphasising the capacity that men and women can have in terms of potential and equality of opportunity in society, but especially in the face of a specific problem, particularly in the improvement of forest governance in Cameroon.”
Willy Djanang, Lobbyist 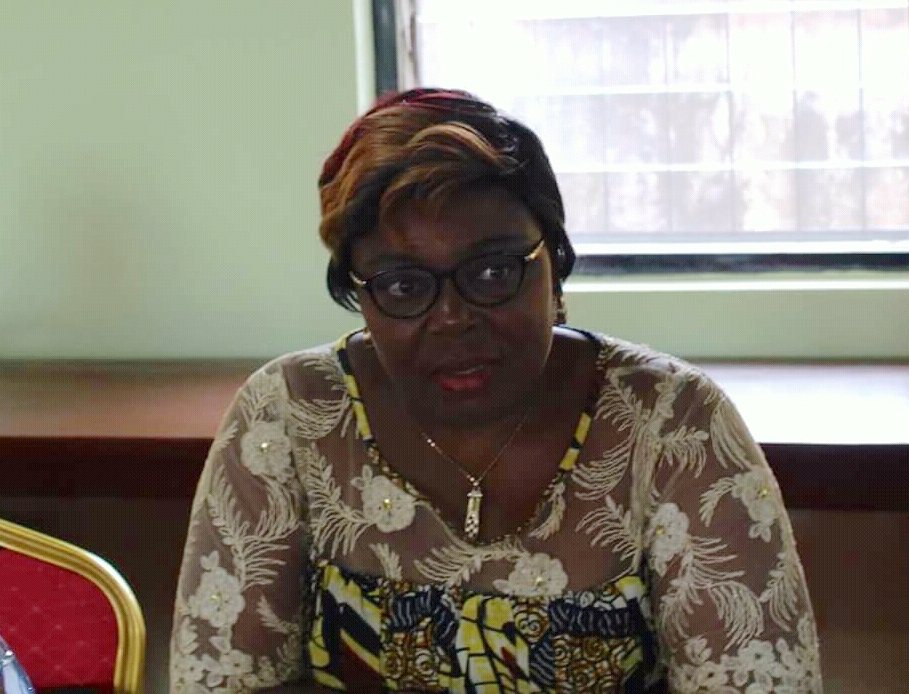 “The training on gender has enabled me to identify gender concepts and processes for gender mainstreaming in forest governance through several tools developed during this training. We have developed our gender action plan and henceforth, our activities and plans will be subject to gender analysis and gender mainstreaming. I particularly liked the module on ‘Policy Analysis’ through which I was equipped on how to revise documents with a ‘scope’ on gender, in order to integrate gender mainstreaming. Furthermore, it would be desirable for the CSO capacity-building process to continue to include gender mainstreaming in any project cycle. We also wished that such trainings could enable participants to be equipped with the tools to develop a gender strategy.”
Angeline Modjo Kamdem, Forestry Worker 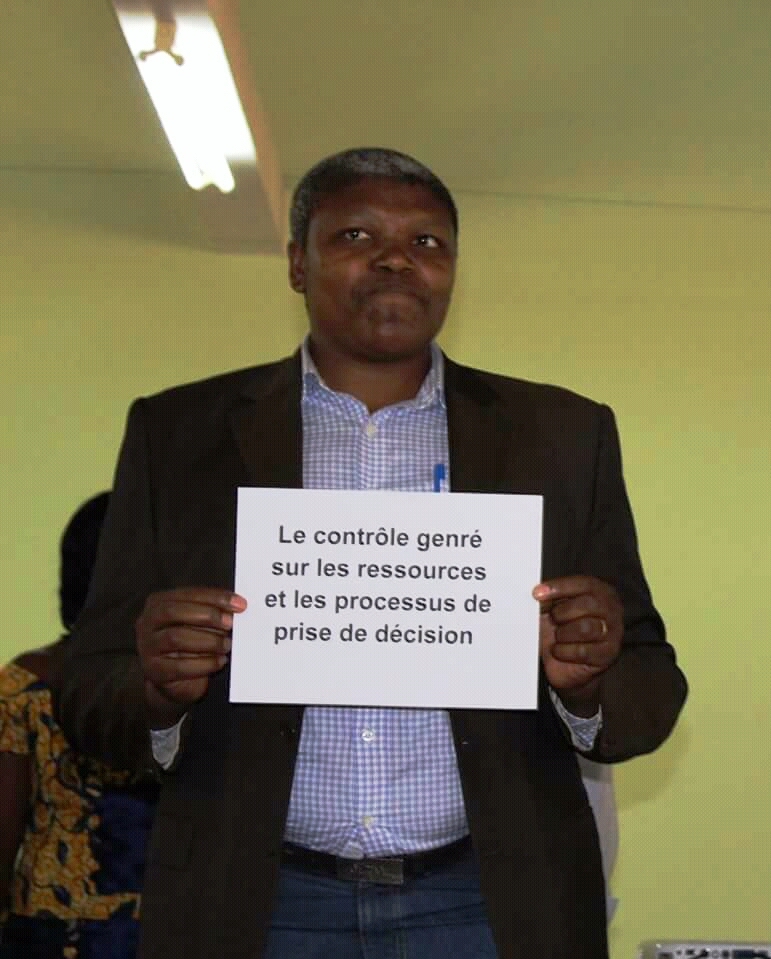 “The workshop on gender in forest governance was a real opportunity for me. I am a project manager at FODER and I admit that there are a number of realities that I did not sufficiently take into account in the implementation of REDEC (Reducing Deforestation in Cameroon by Strengthening Communities’ Rights and EU action) project. As I go through the prejudices and overtones of gender, I was able to correct the misconception I had. I have understood that the issue of gender makes it possible to develop equality of opportunity, taking into account all minorities, specificities for a good integration in projects and programmes. This is important for sustainable development. Also, gender refers to the quest for equity. I have especially learned how to read a ‘gendered’ working paper, which allowed me to review the logical framework of the project. By learning how to develop ‘gender sensitive indicators’, I have been able to realise that I can better integrate gender in the development of ToRs, the quality of participants during various trainings and consultations, as well as the writing of reports. Although I would have liked the issues of ‘gender sensitive budgets’ and gender involvement in project development to be addressed, I learned a lot from the workshop.”
Magloire Tene, Land Lawyer 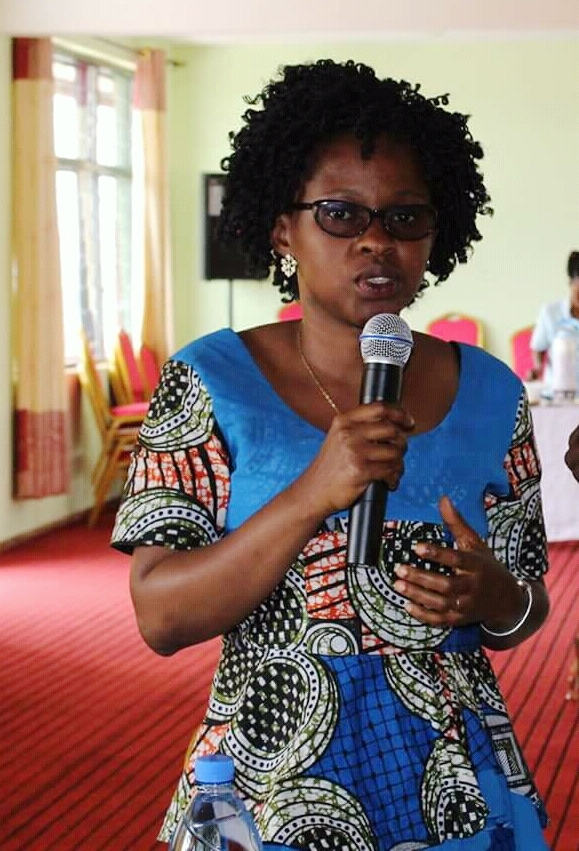 “This training allowed me to better understand what gender is. This notion does not mean gender (biological difference between men and women), but takes into account the principles of equity and equality. ‘Gender’ is used to show that inequalities between men and women are not due to anatomical and physiological differences, but rather due to unequal and inequitable treatment in society. Equality refers to the fact that everyone (men or women of all categories or specificities) have the same rights and opportunities in a given situation or access to resources. Equity refers to justice and takes into account the different needs of men and women who can correct gender imbalances. Several gender analysis tools exist depending on the desired objectives. In order to apply them, it is necessary to separate each gender by categories, specificities and individuals. Each tool helps to better understand social differences and to ultimately foster change. It may be necessary to use more than one tool in some cases. Consideration of gender should take into account the specificities and social categories such as PA, youth, disability, illiteracy, etc.”
Christiane Zebaze Hellow, Environmentalist

“At the end of this training on gender mainstreaming in forest governance processes, I can say that it has been beneficial in many ways. It has allowed me to clearly identify concepts of gender stereotyping, particularly the difference between gender and sex. Also, a broad knowledge of the basic principles of the gender concept associated with obstacles related to the participation of women in forest governance has been learned. Finally, I have acquired a broad view of gender analysis tools and gender-sensitive monitoring as well as evaluation indicators.”
Hervé Joël Mounpen, Quality Control Specialist